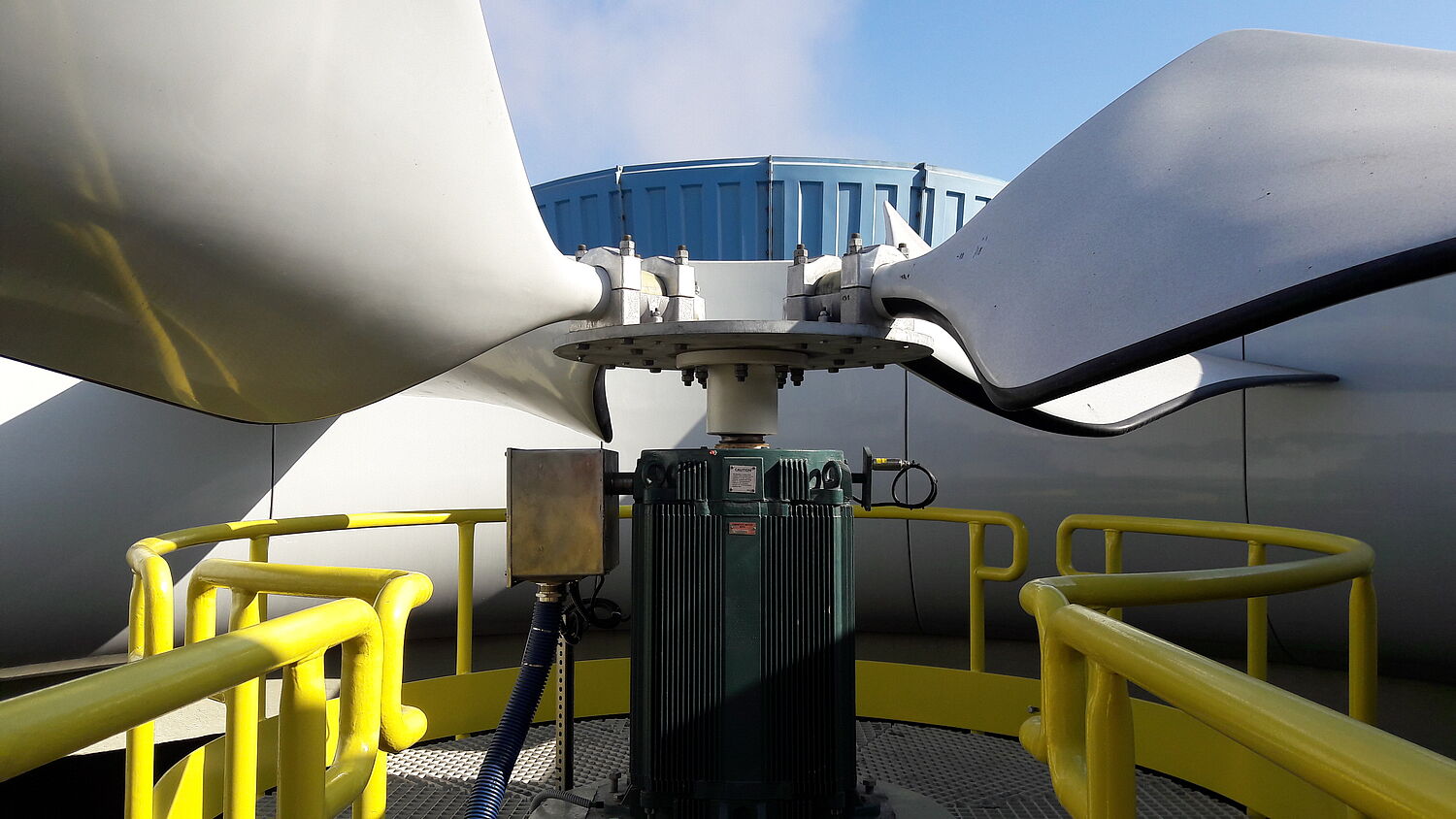 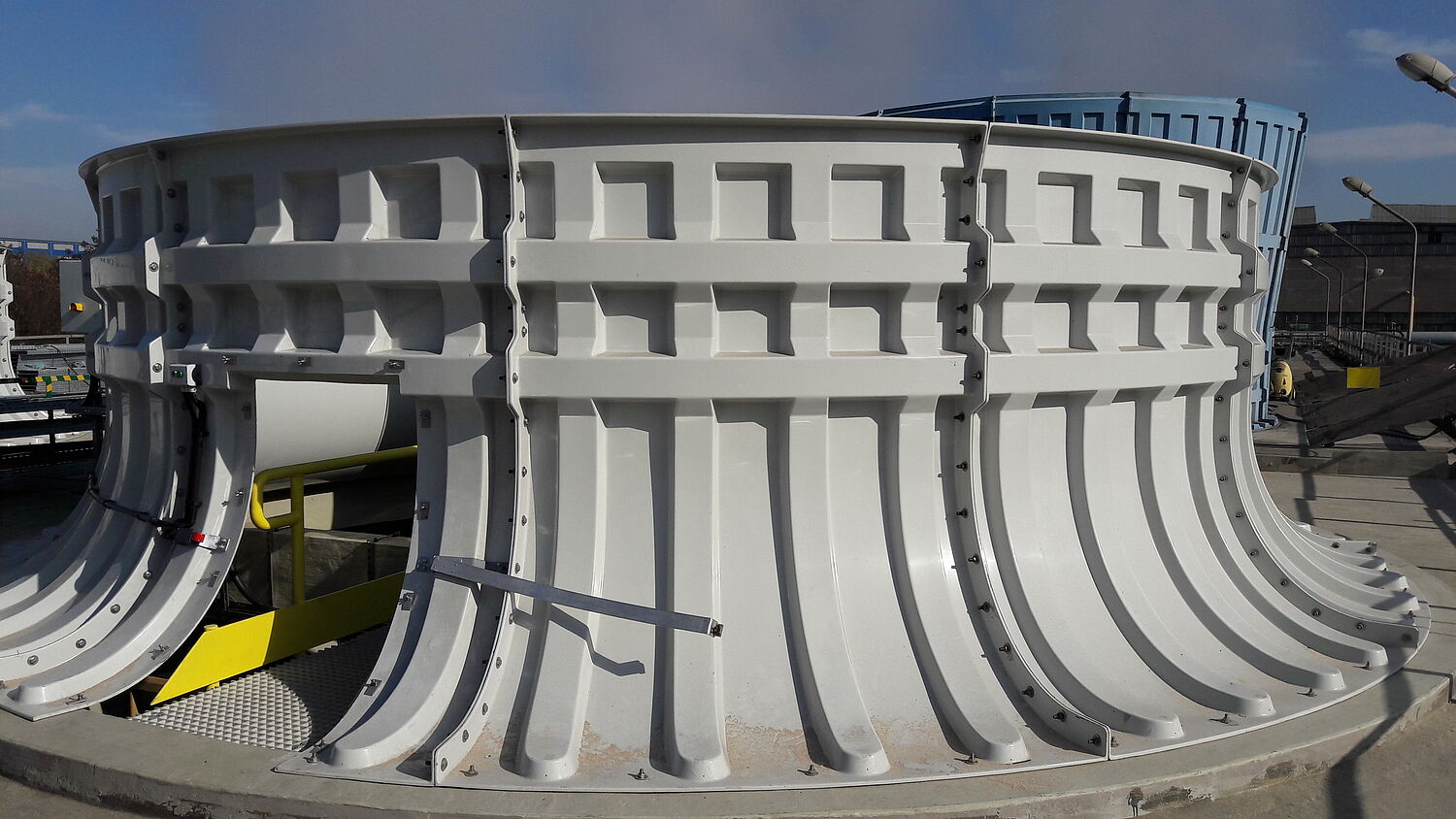 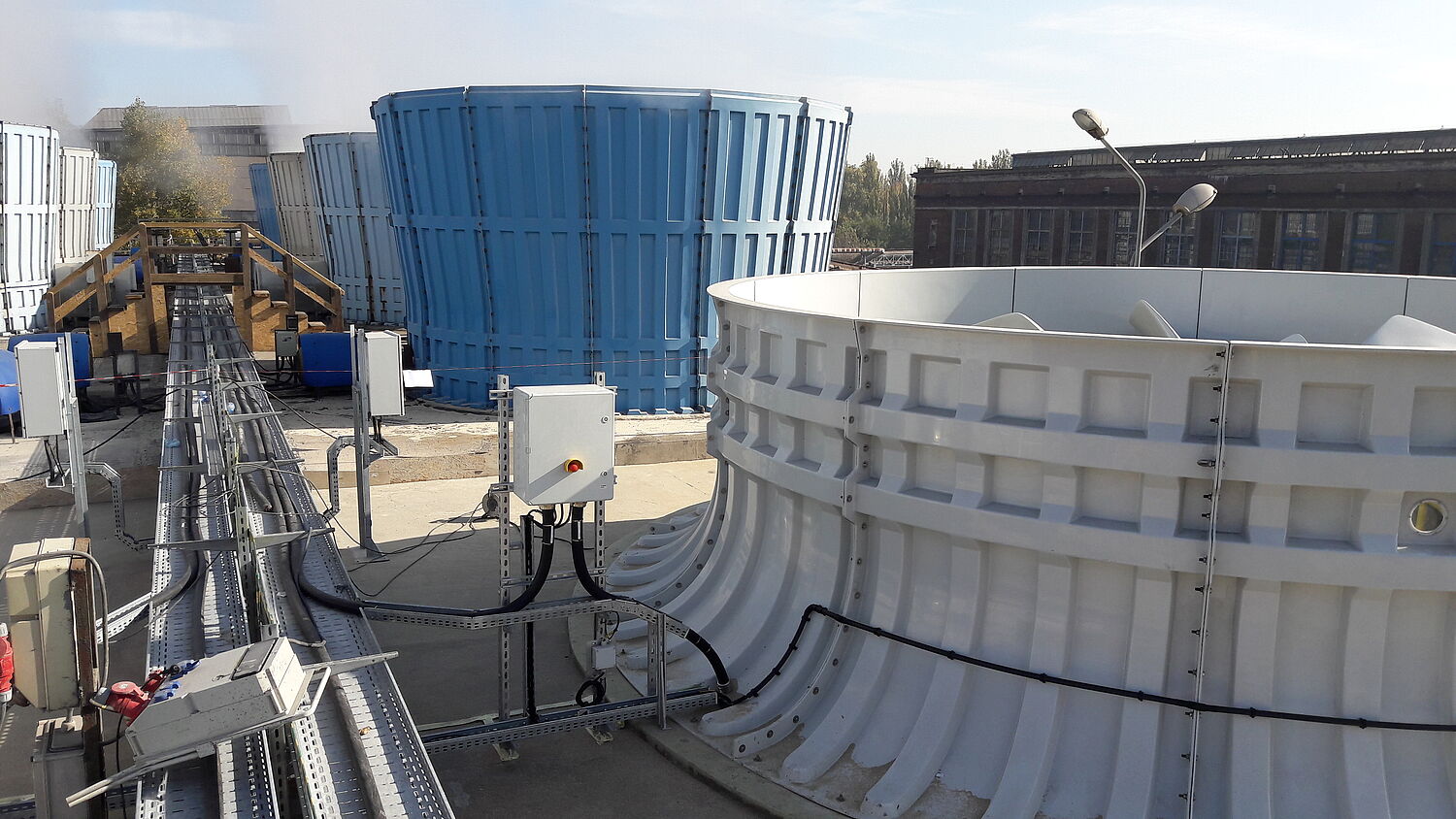 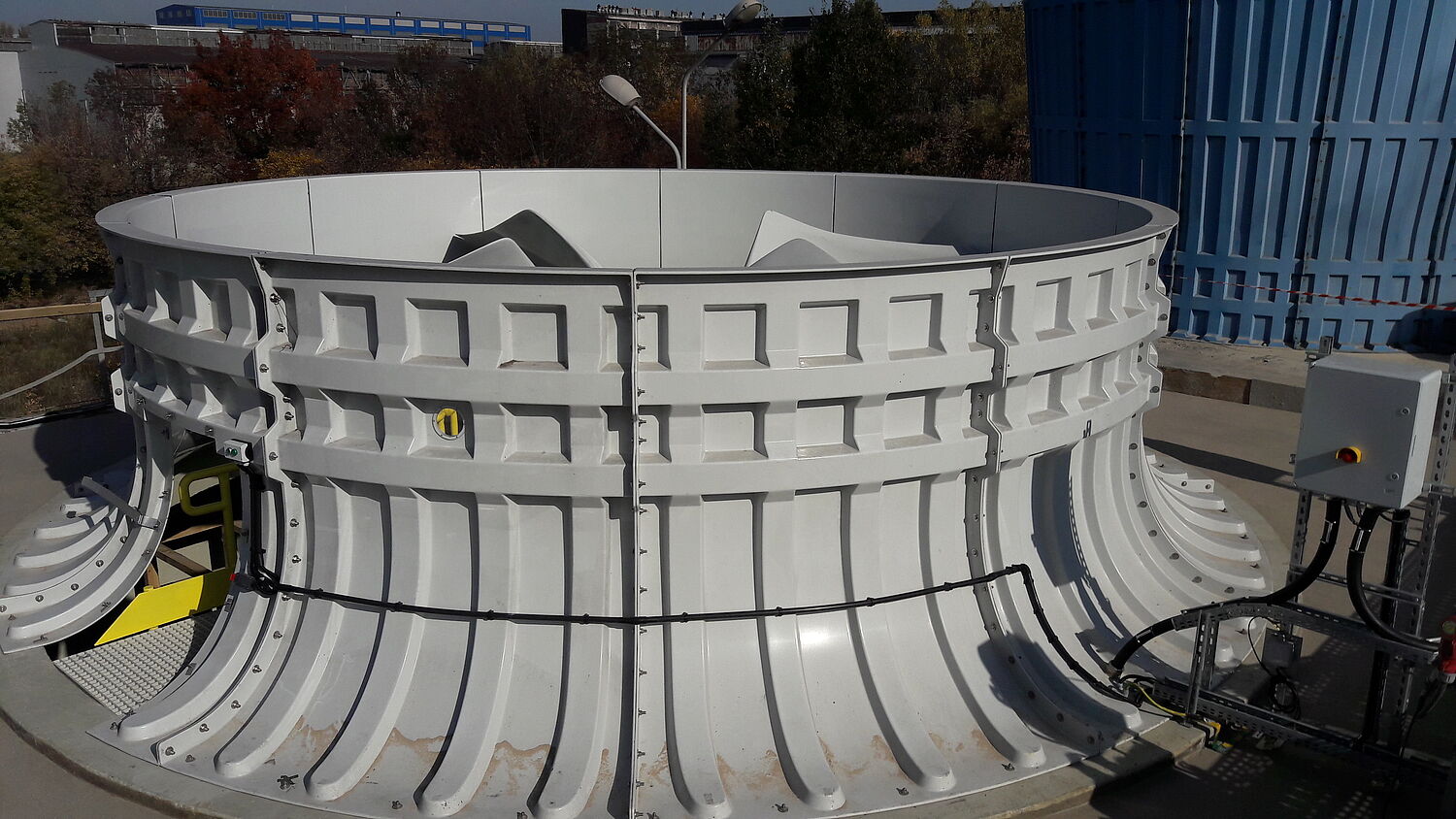 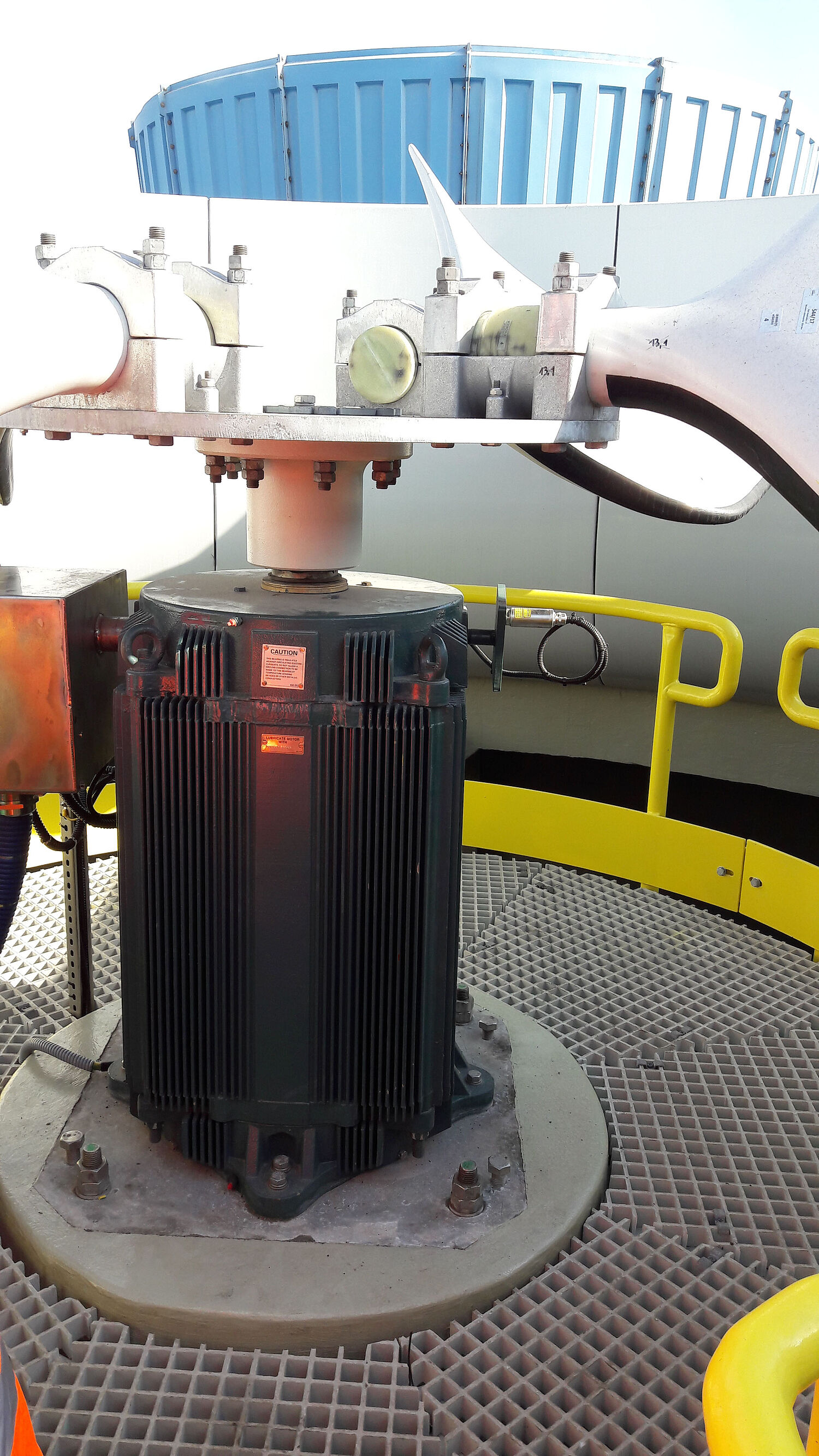 The project involves modernization of countercurrent fan cooler of 11,4 x 11,4 x 13m and nominal hydraulic load of 1500 m3/h. The existing reinforced concrete structure is characterized by a considerable loss of the reinforcement covering and its visible corrosion, cracks and scratches on concrete structures. Existing internal equipment and drive systems are not fit for further operation and were shut down. Equipment of fan coolers planned for modernization  was partly dismantled due to its technical condition and safety reasons.

To improve the operation of the cooling system, there are plans to replace all auxiliary equipment such as the cooling water evacuation system, modernize switching stations, power supply and control installations.

Modernized cooler will be equipped with motors without a mechanical gear, controlled by an inverter with an automatic regulation of cooled water temperature which will make it possible to efficiently control thermal power of the cooler and at the same time optimize consumption of electric energy required to force air draught inside the cooler.

The project is planned to be completed in Q2 2018. 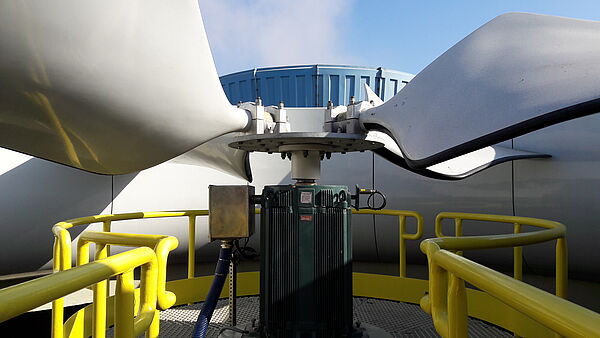 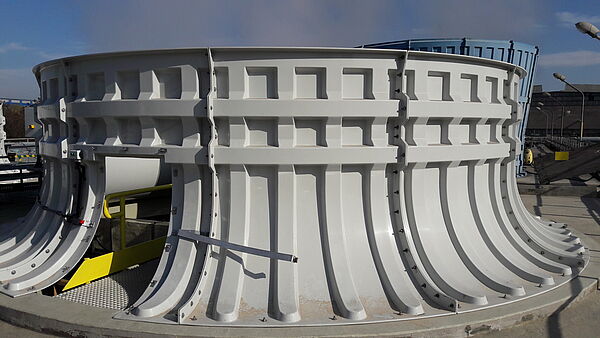 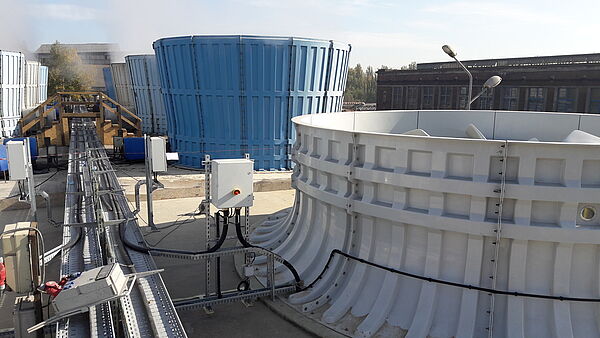 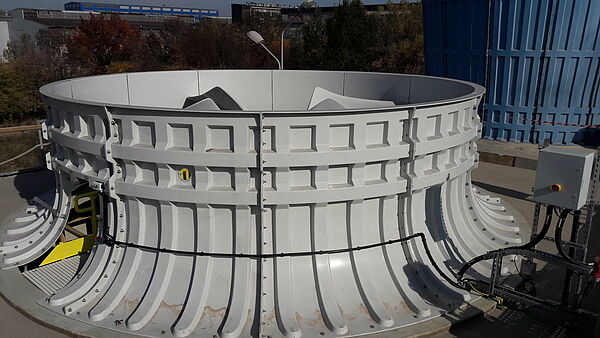 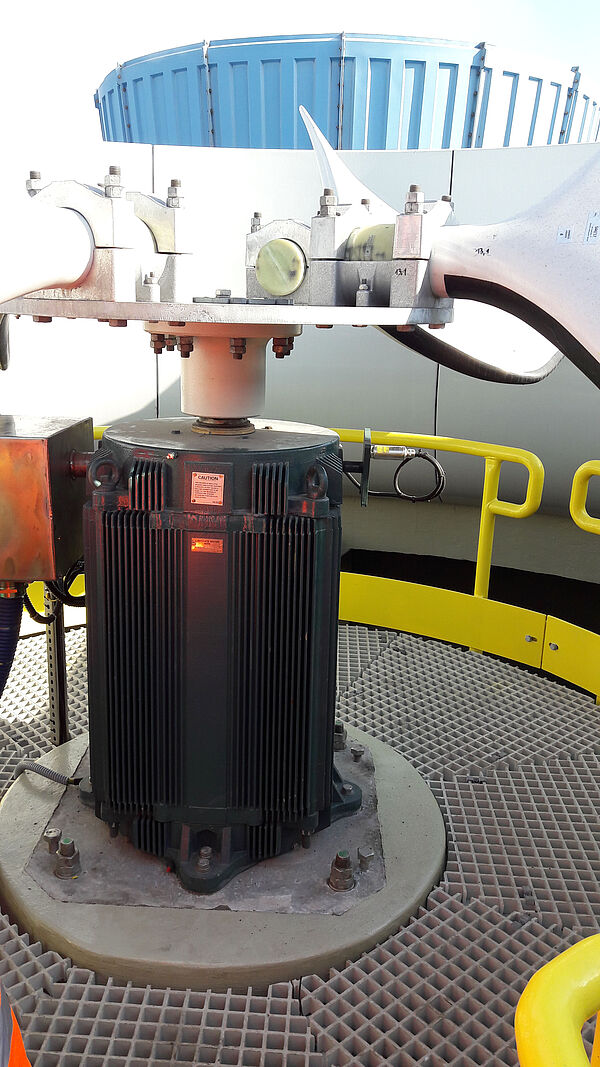