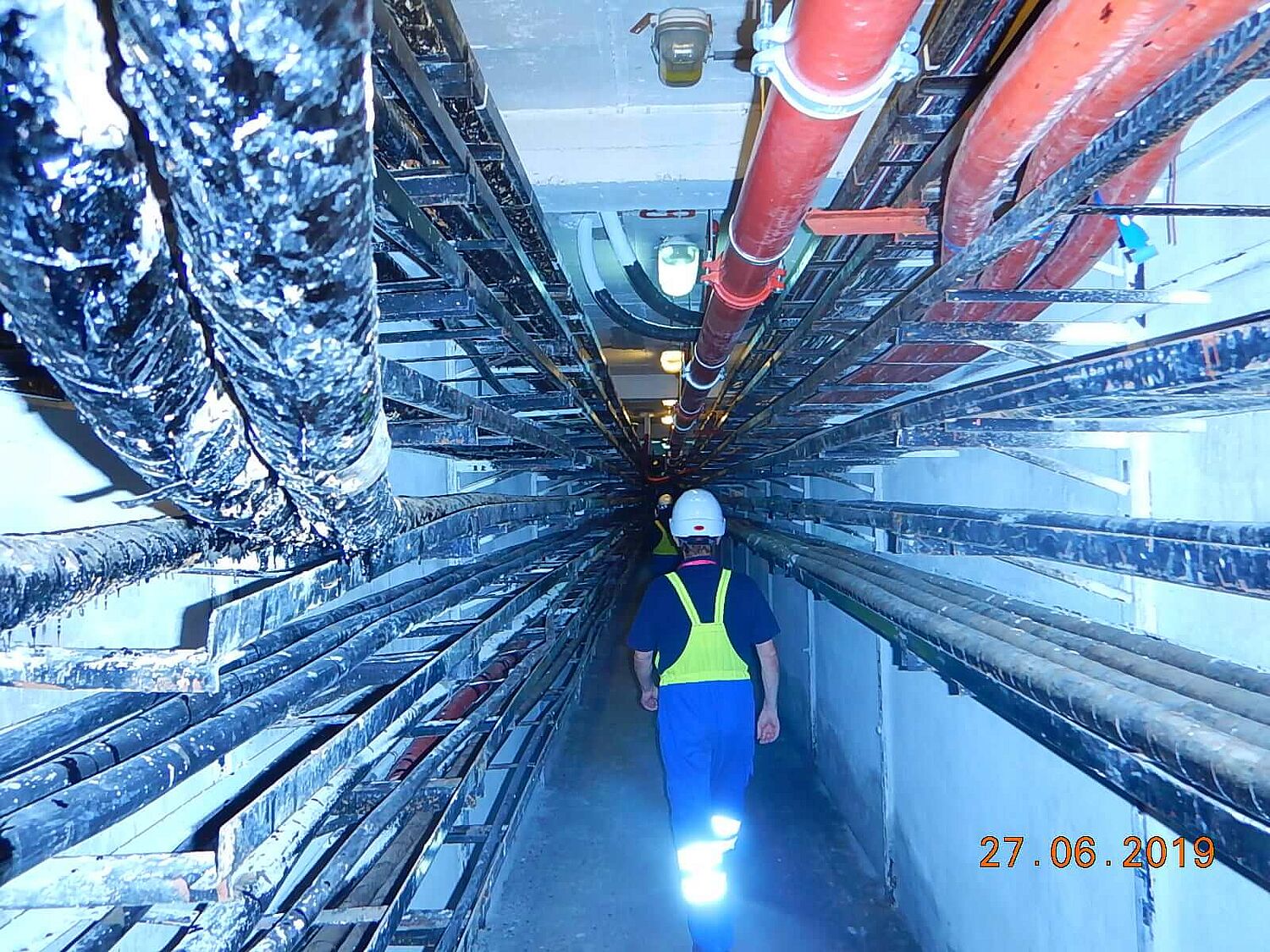 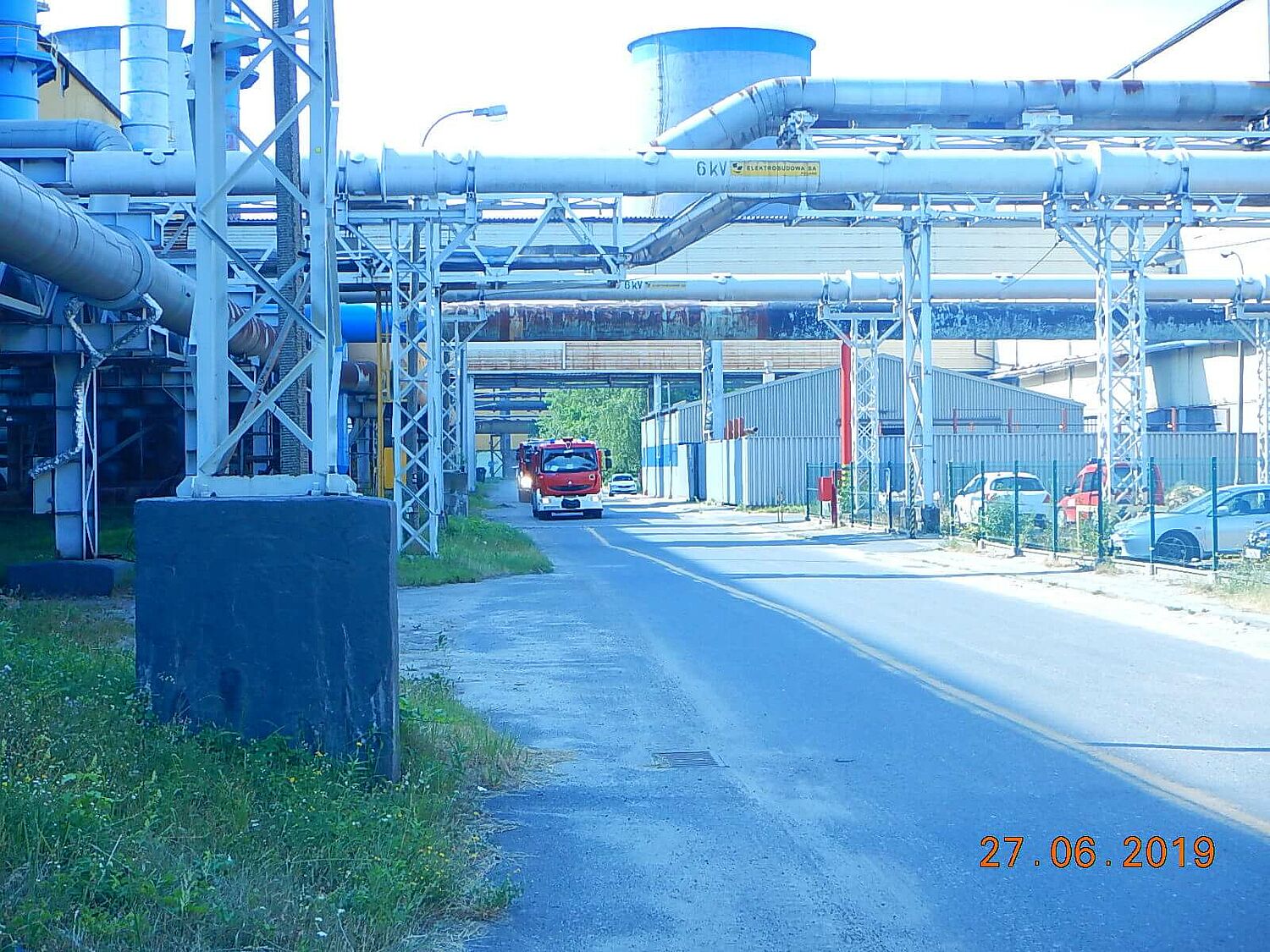 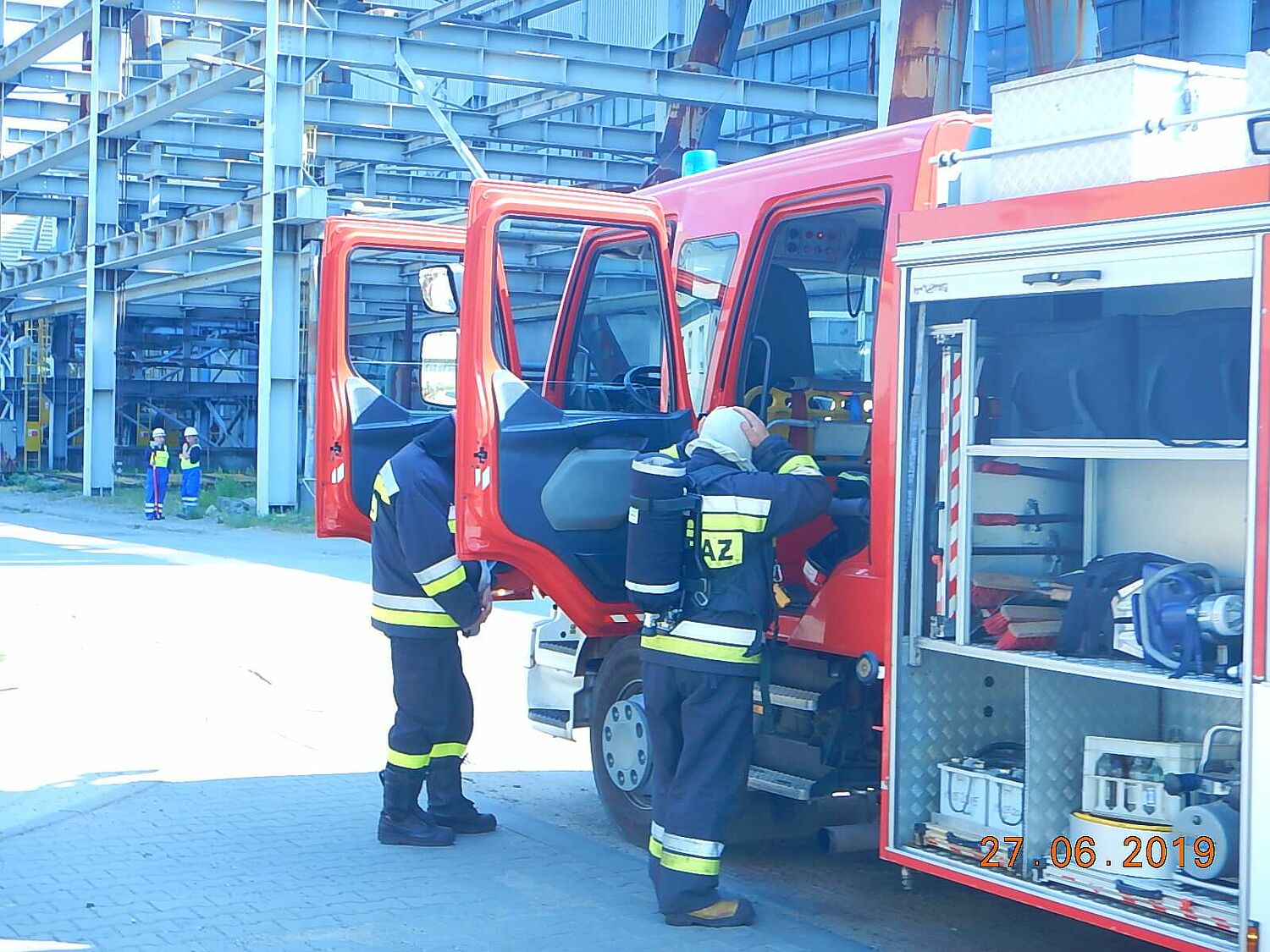 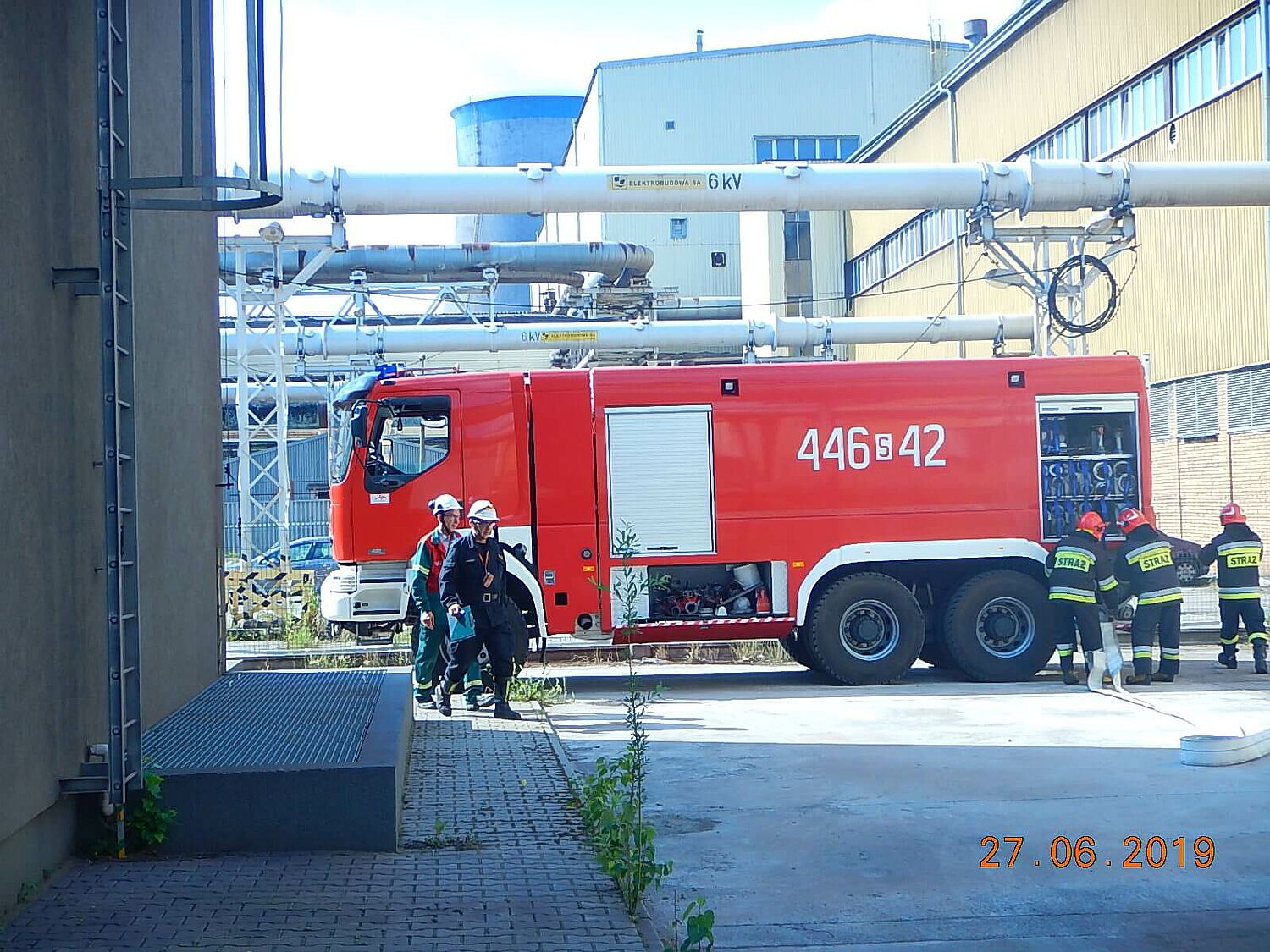 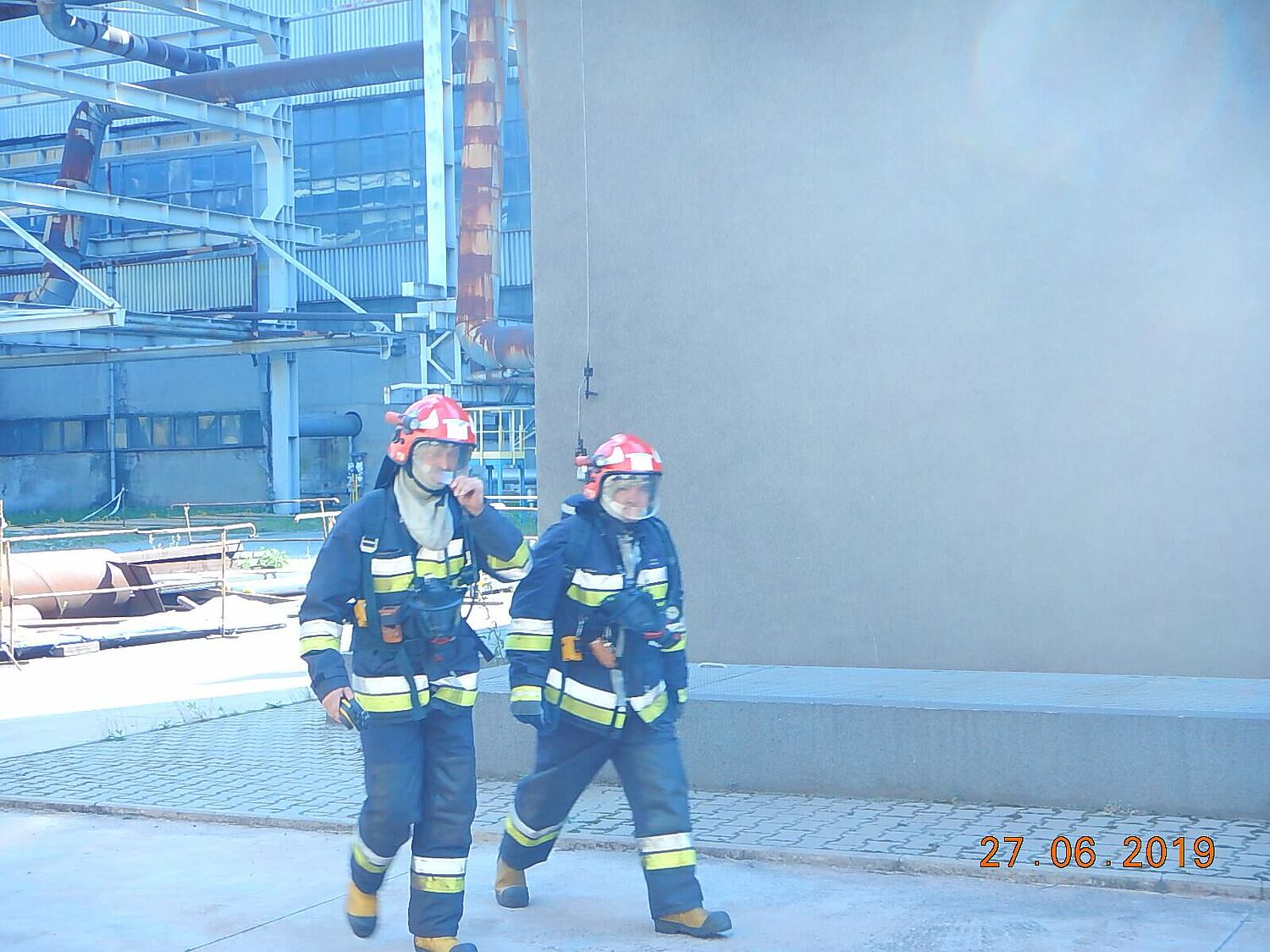 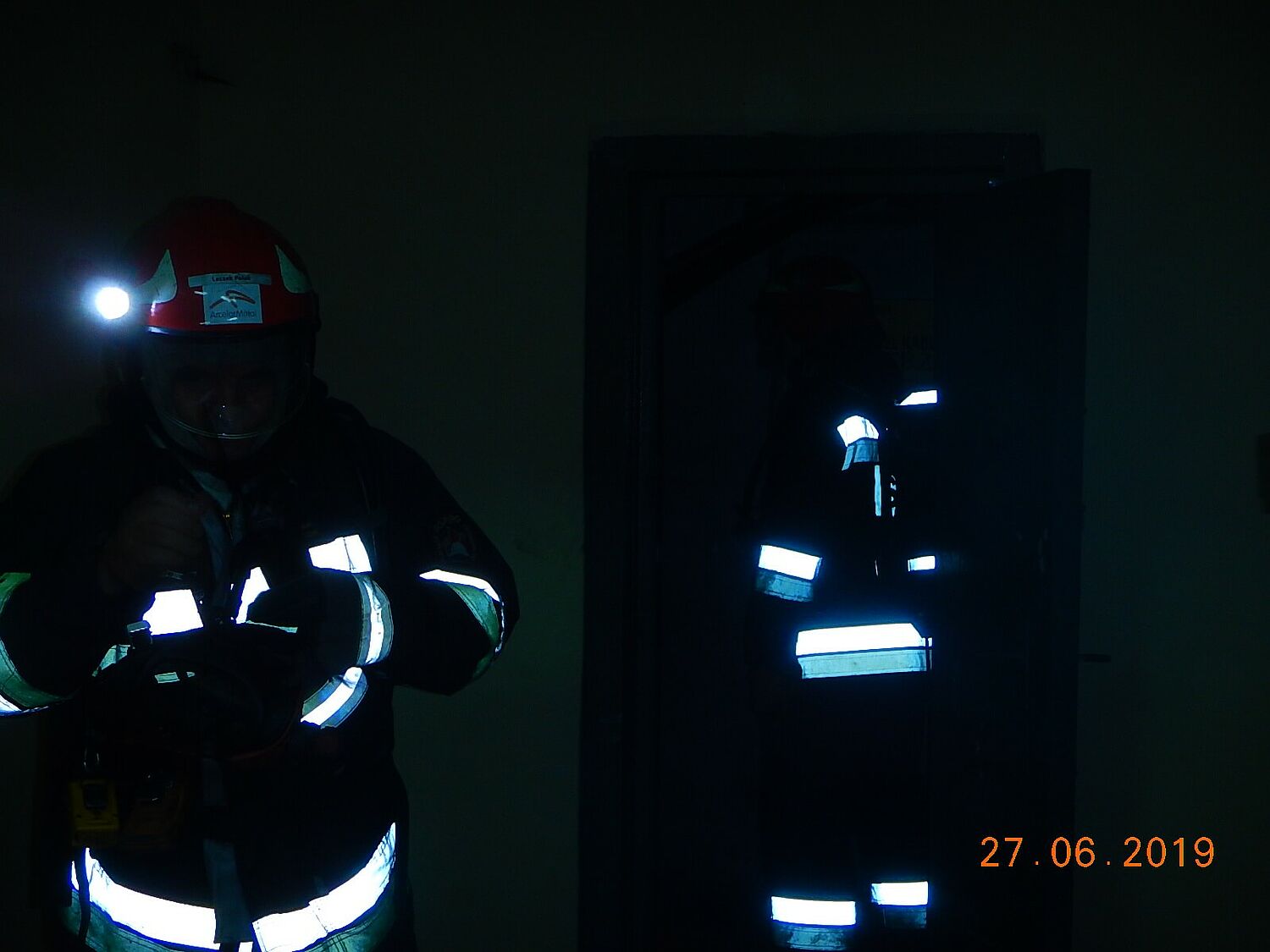 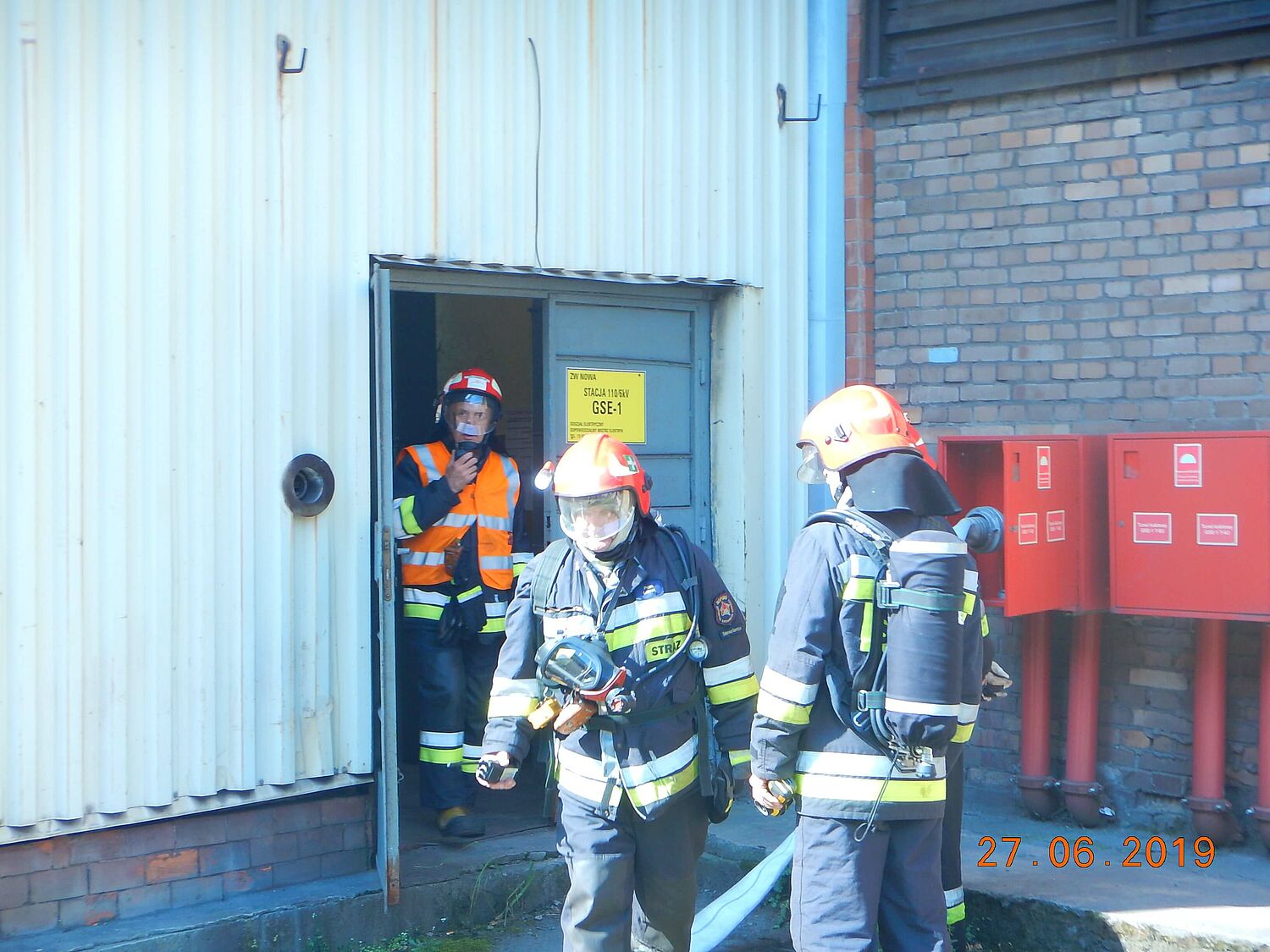 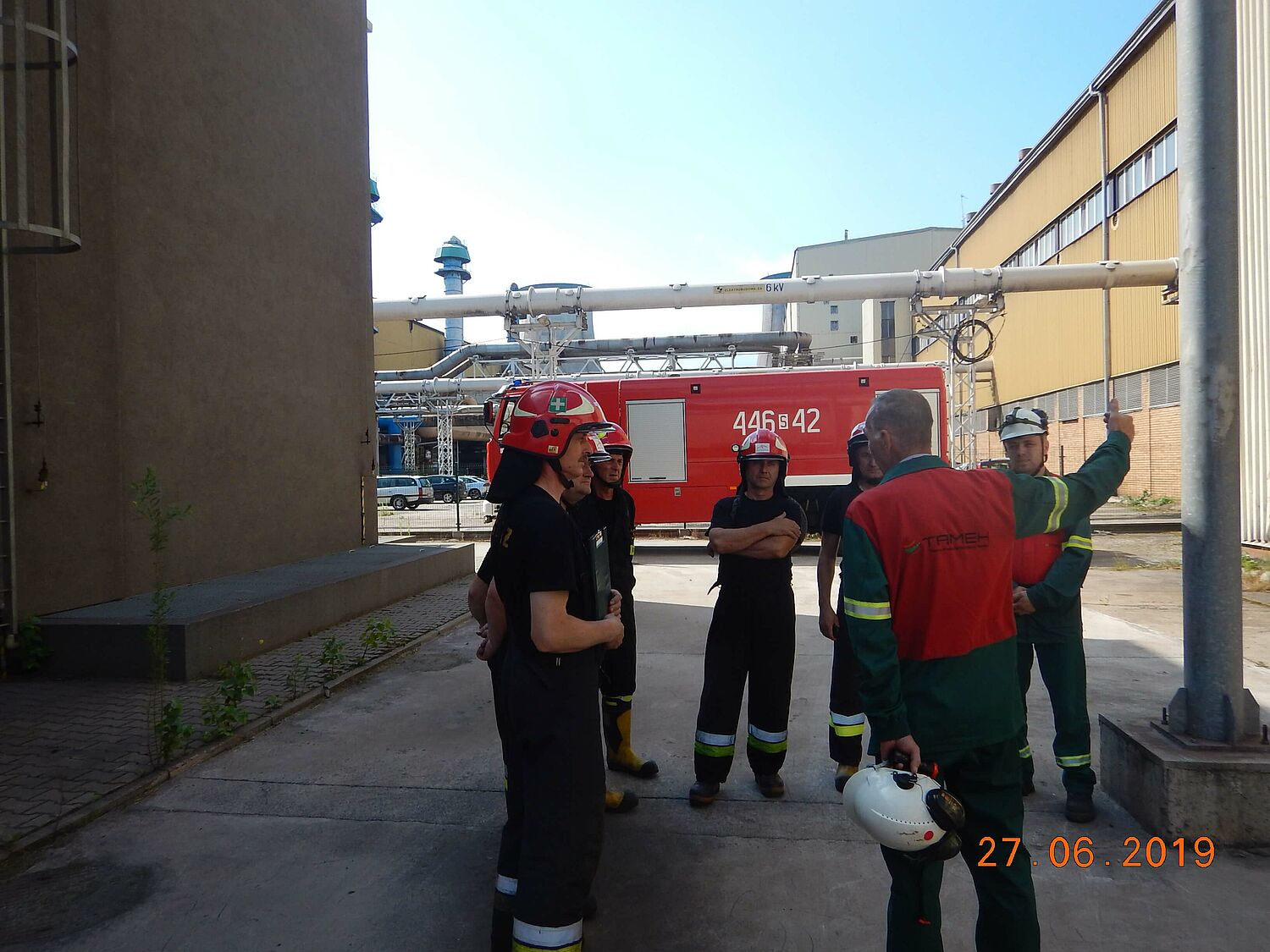 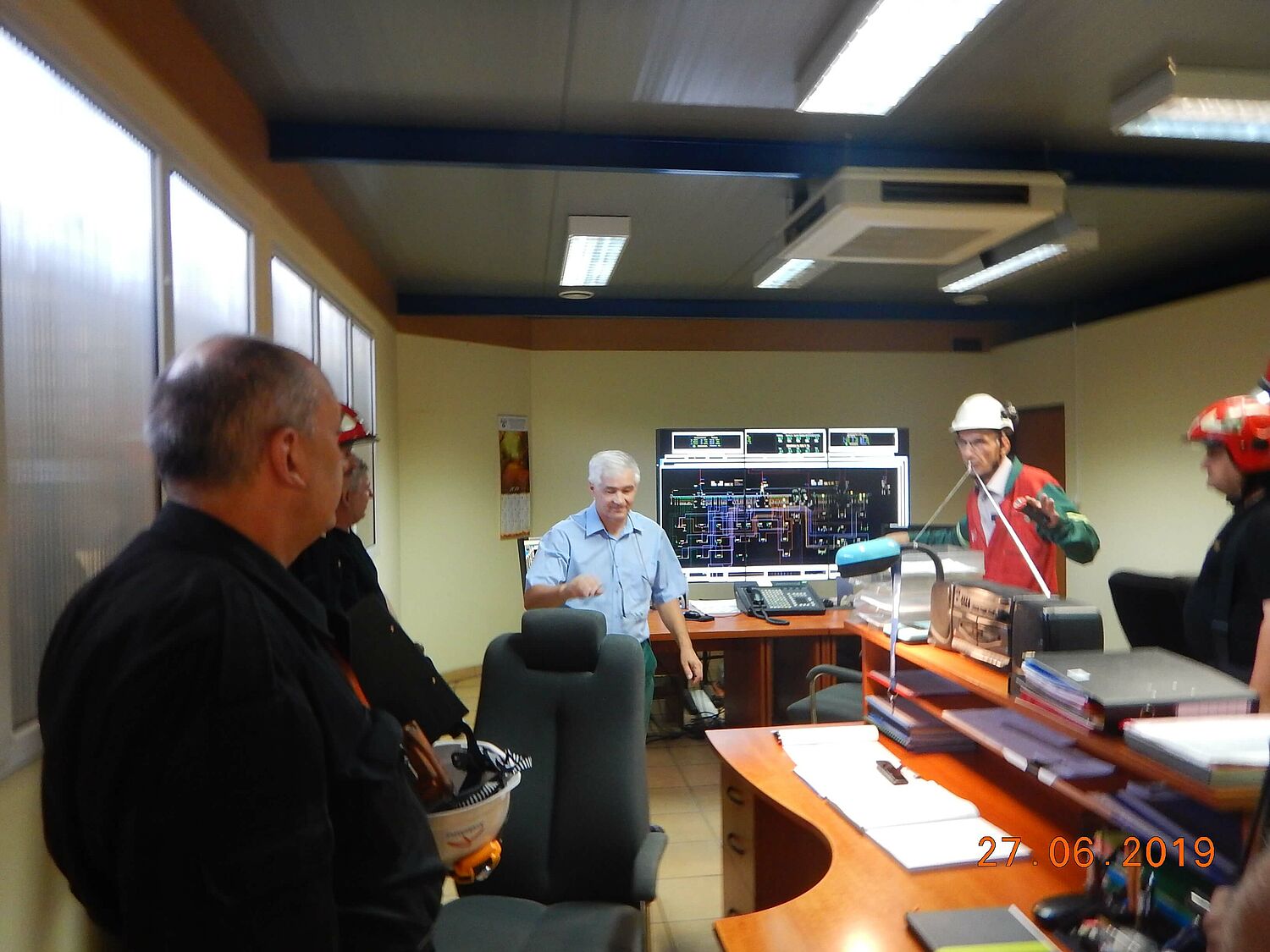 During the electric switchboard operation, the 6 kV power cable was damaged. Due to this damage, the cable insulation that were laying on the shelf in the cable tunnel under the switchgear building caught on fire. As a result of fire and large smoke, the fire alarm system was activated. According to the procedure, the shift master instructed the electrician to check the place of the occurrence. An electrician arrived at the site and found a large smoke inside the cable tunnels and the stairwell of the switchgear building.

After extinguishing the fire and checking the object using thermal cameras, the smoke extraction of the building has started. ZWN employees started to restore the normal operation of the electrical switchboard. Electrical switchboards are strategic objects for plant operation and electric switch fires and cable tunnels belong to the most difficult firefighting operations due to the very high temperature, smoke, the presence of live electrical equipment and the construction of such facilities.

These are the exercises improving the cooperation between the Fire Protection Service, AMP Gas Rescue and employees of Zakład Wytwarzania Nowa TAMEH POLSKA sp. z o.o. in Dąbrowa Górnicza. It is also an opportunity to check the procedures in the field of working against industrial failures and coordinating activities between the SOP and RG AMP unit and employees of our Company, as well as the opportunity to familiarize firefighters with the production facilities and the hazards present in them. 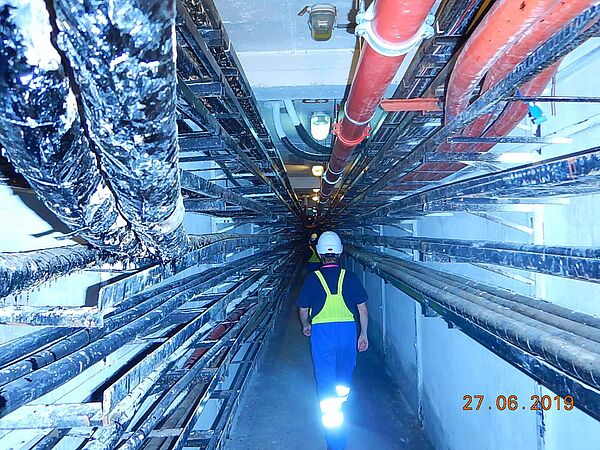 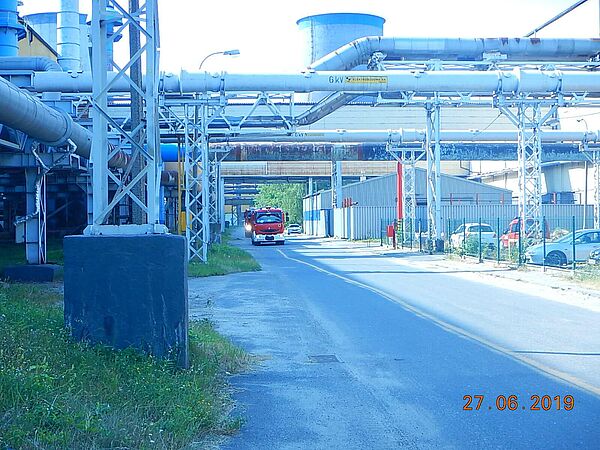 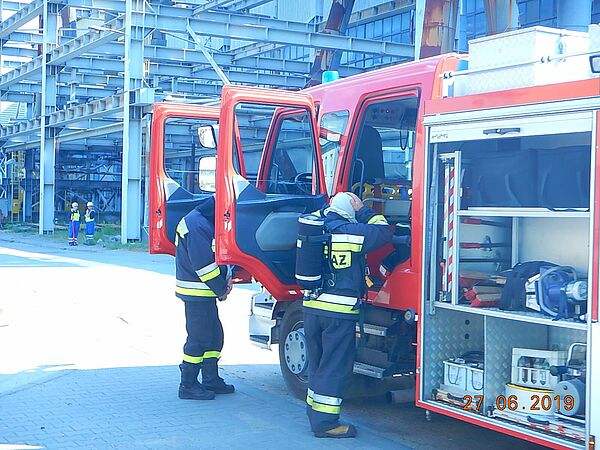 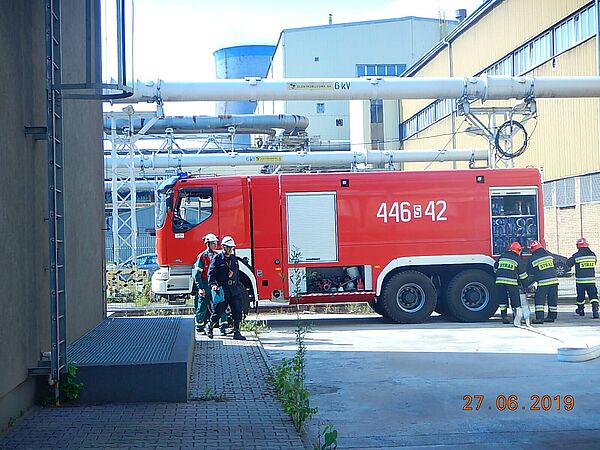 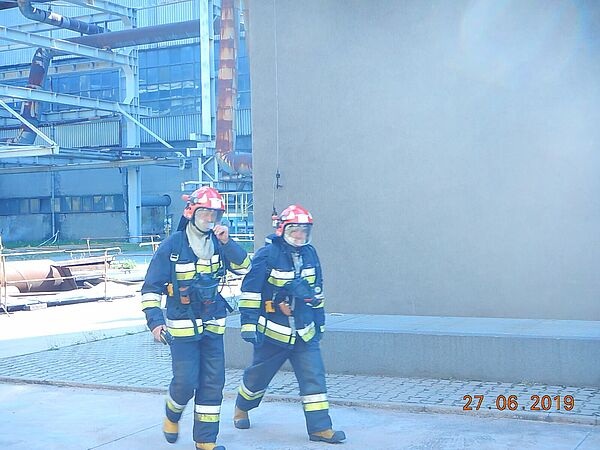 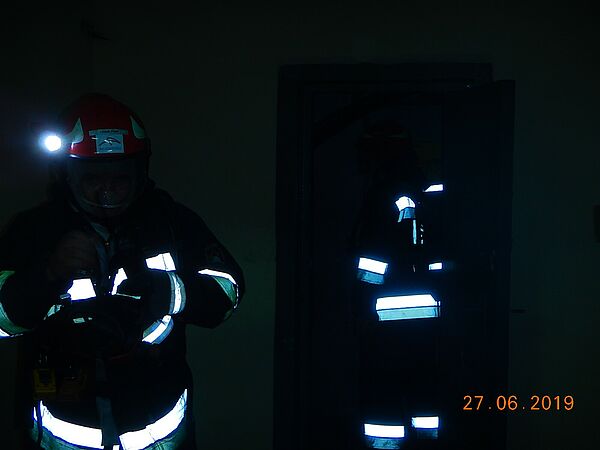 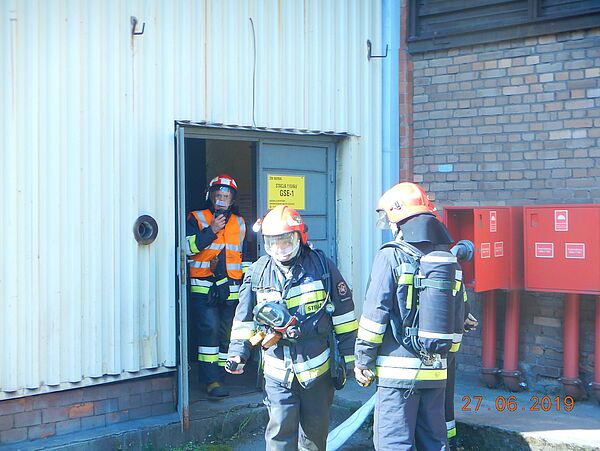 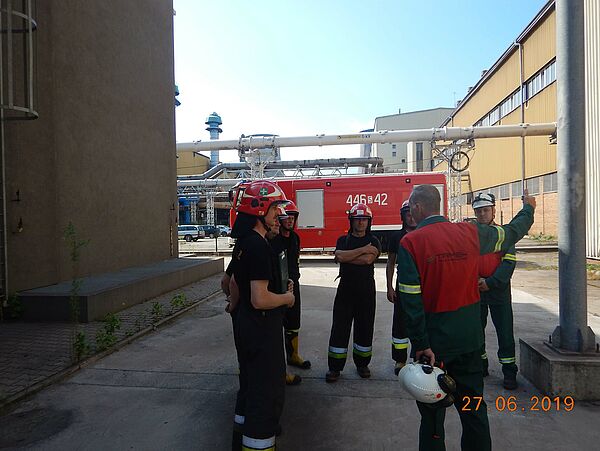 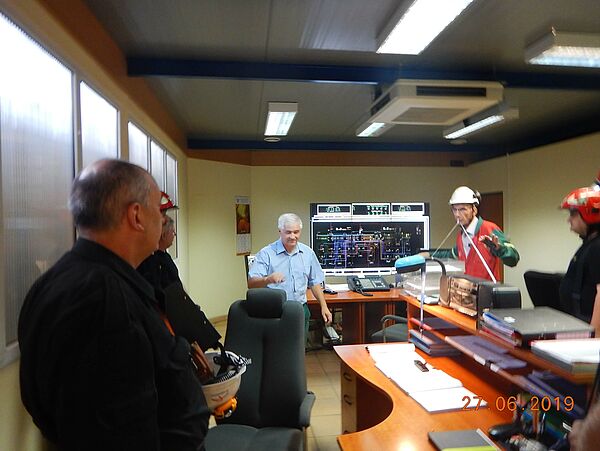