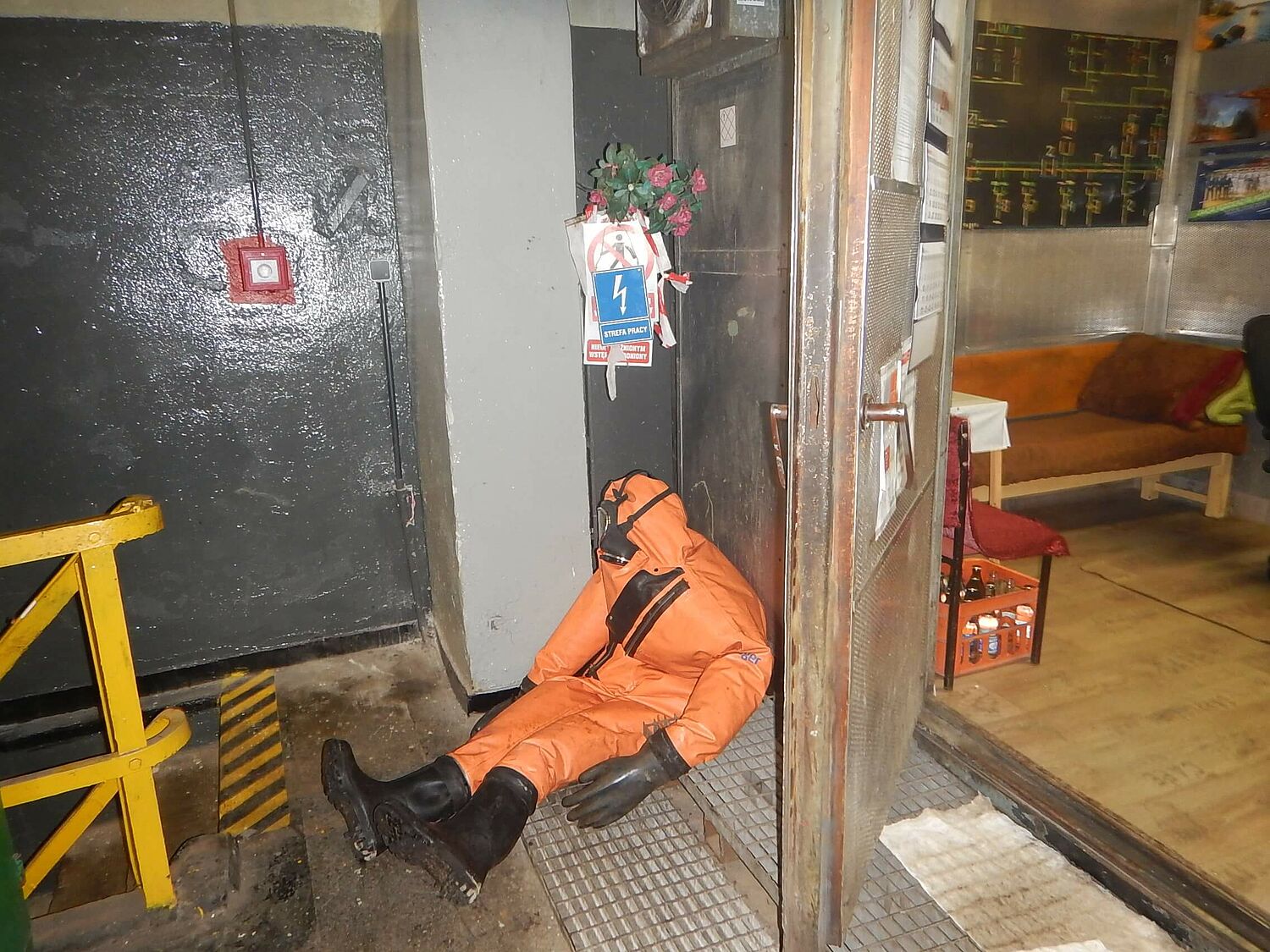 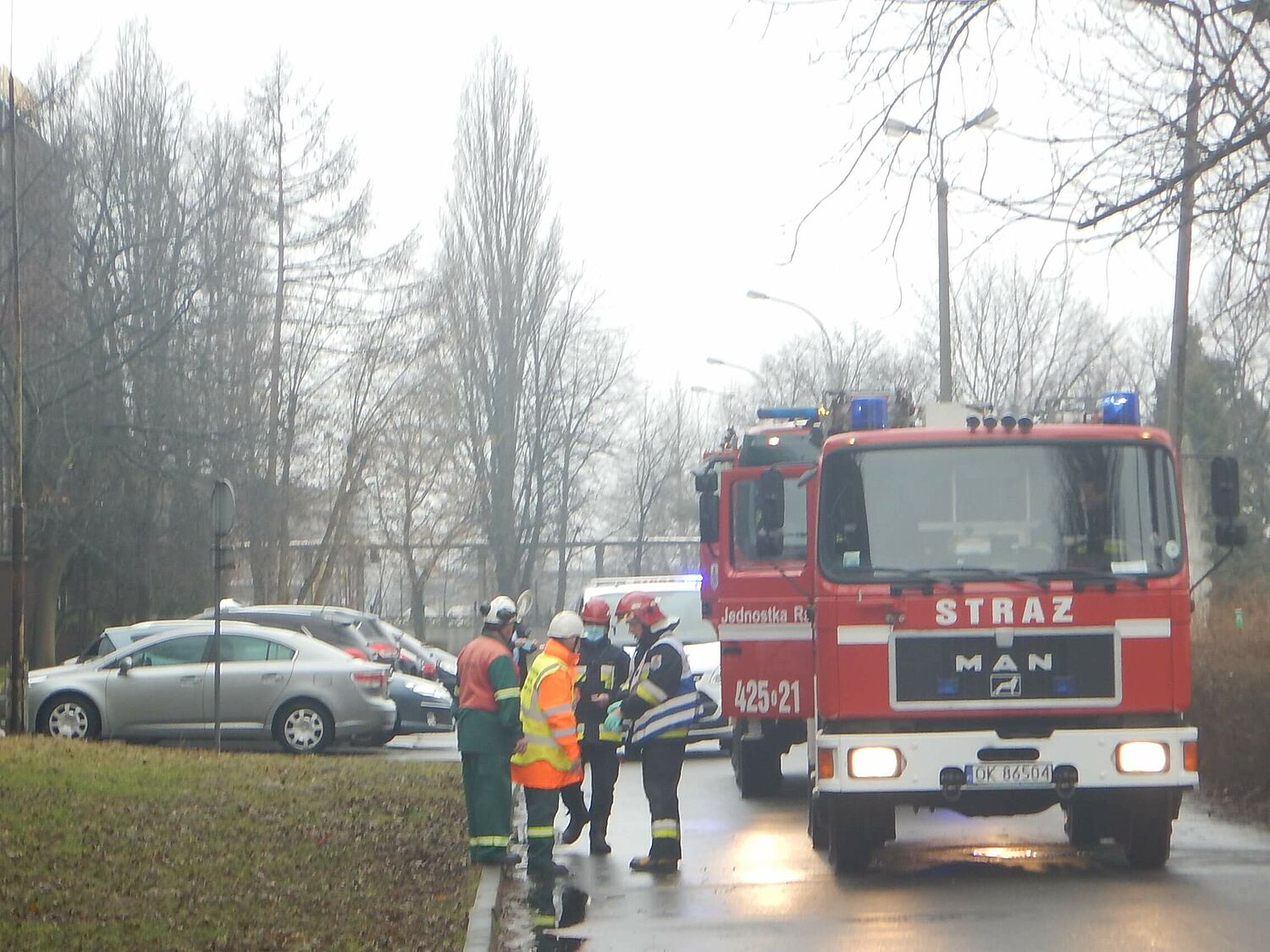 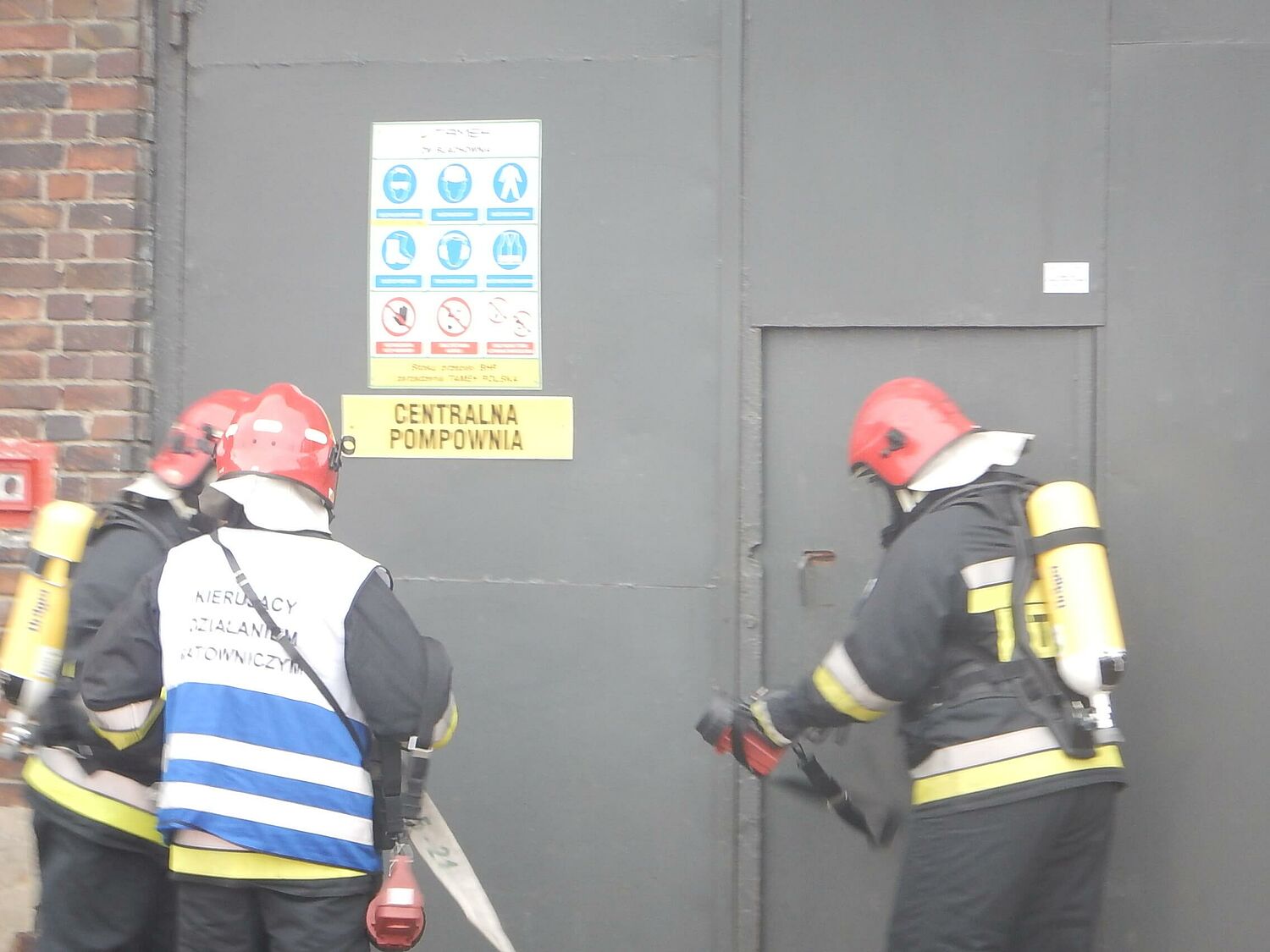 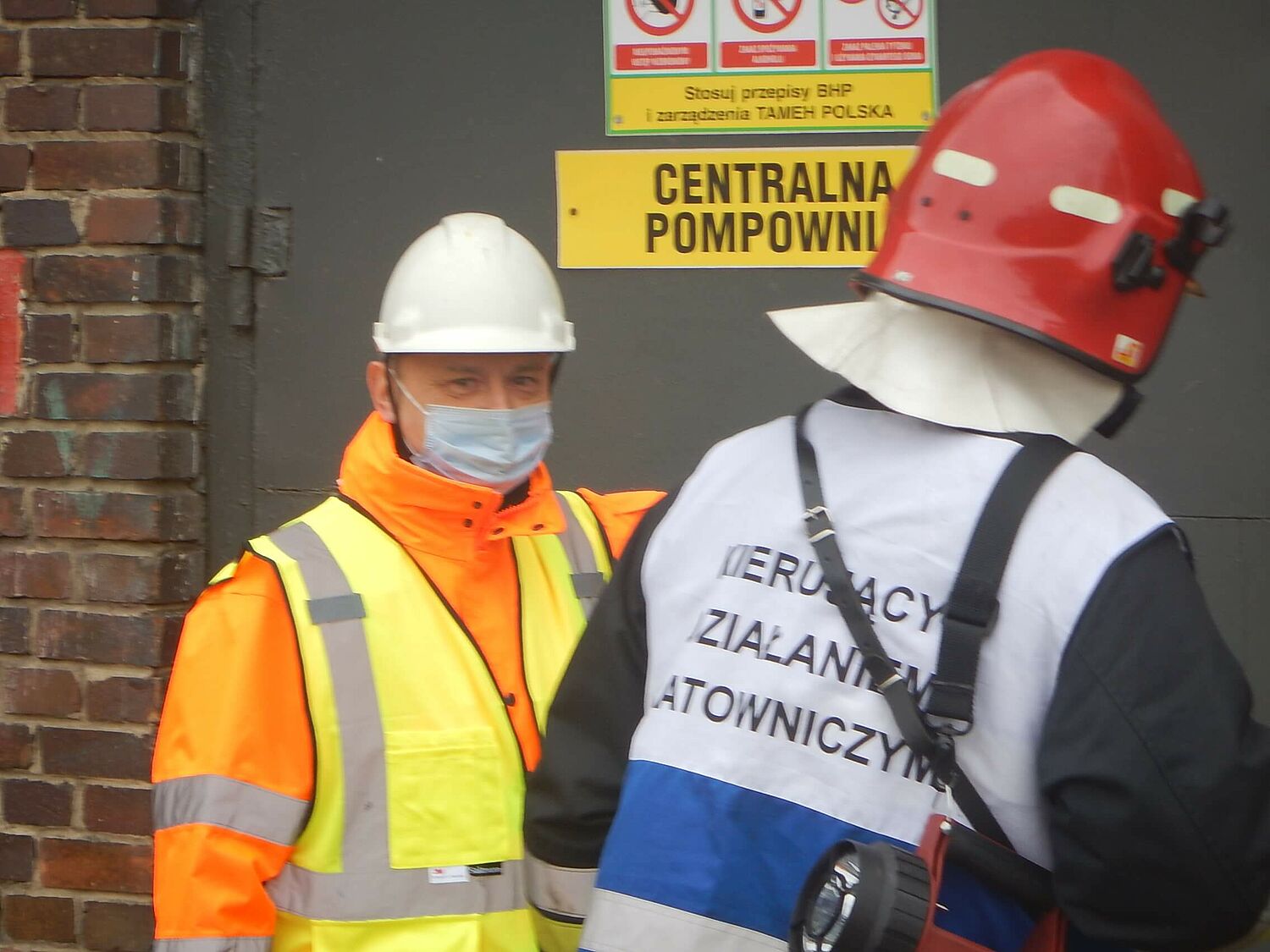 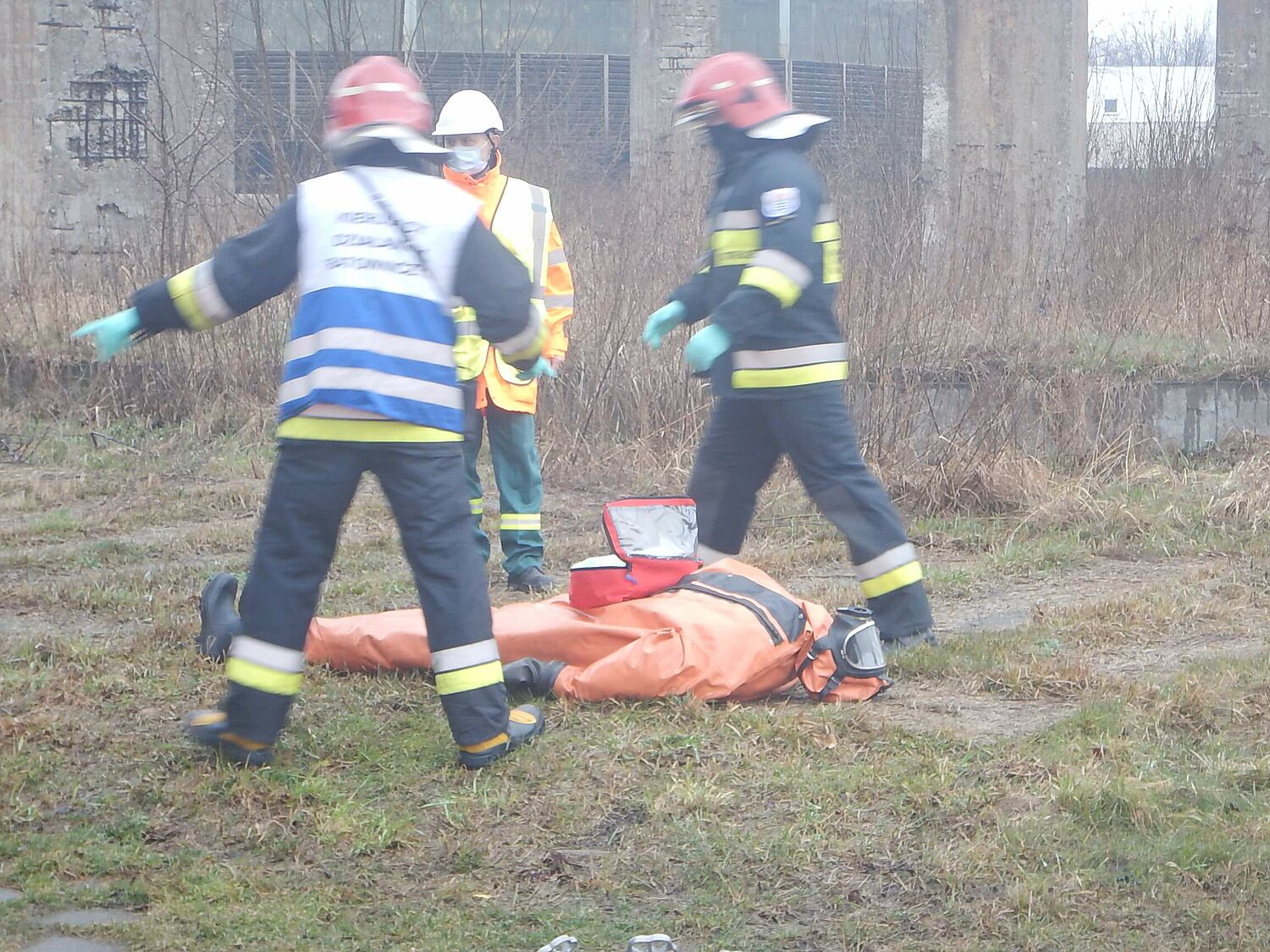 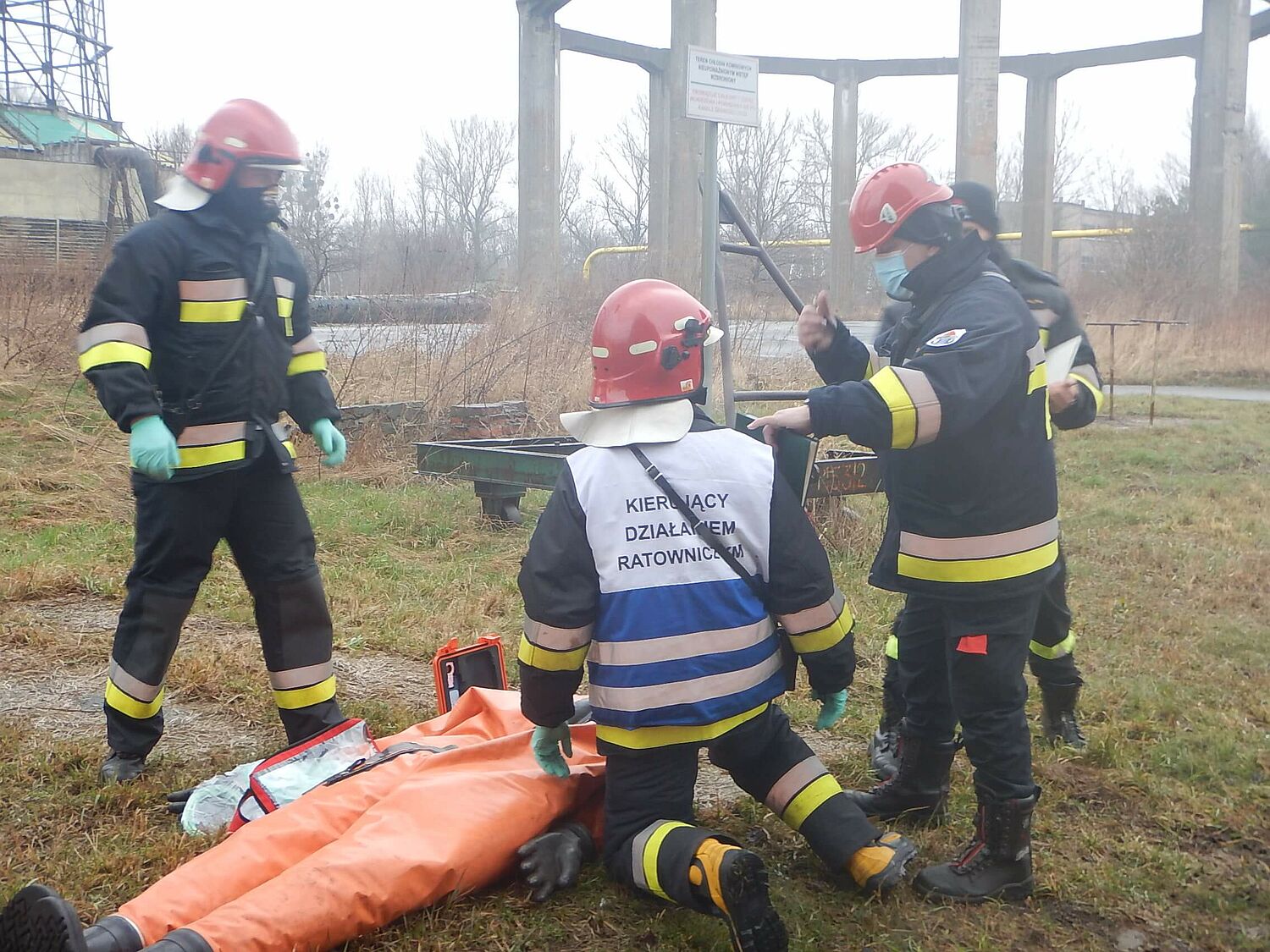 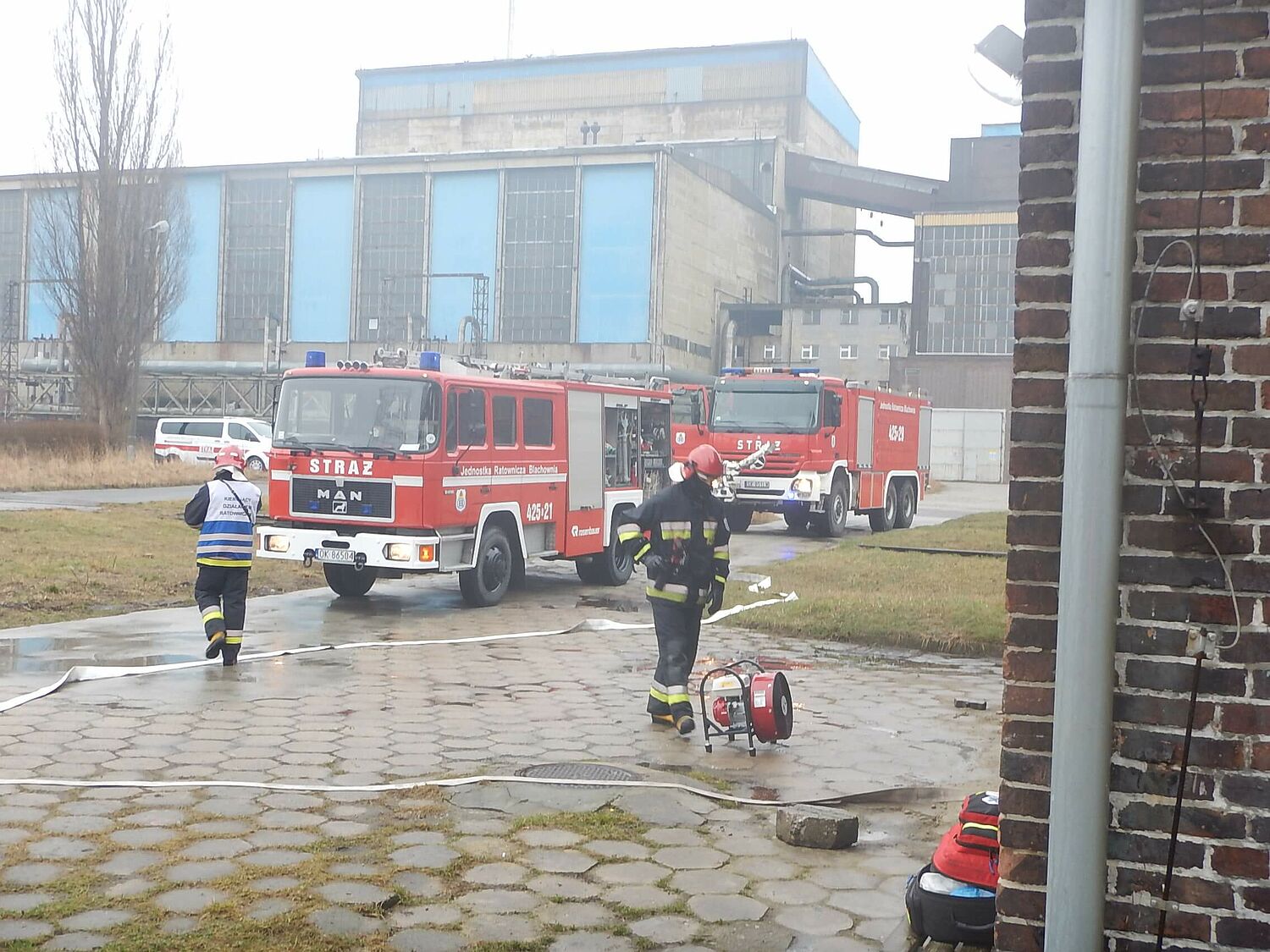 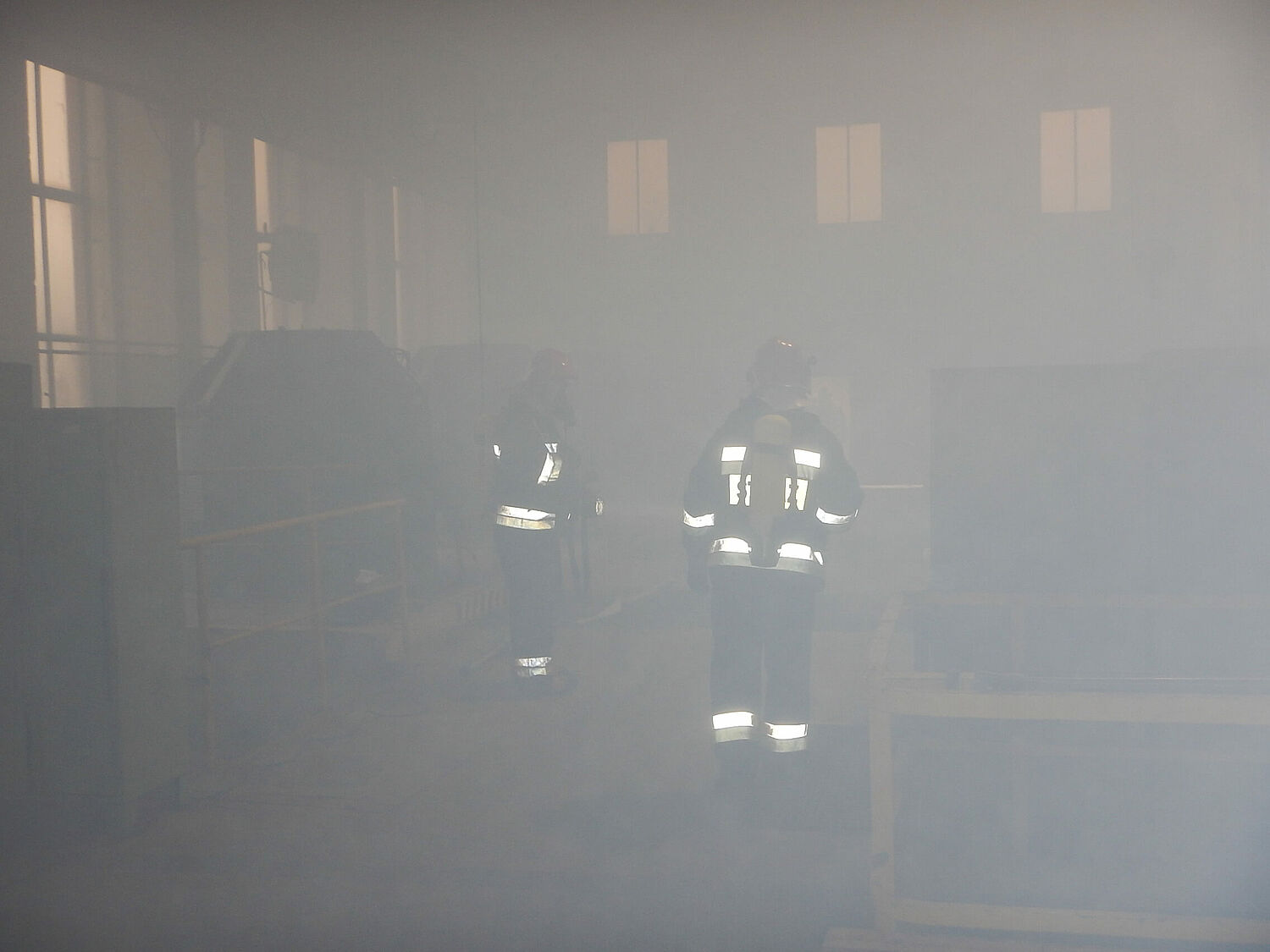 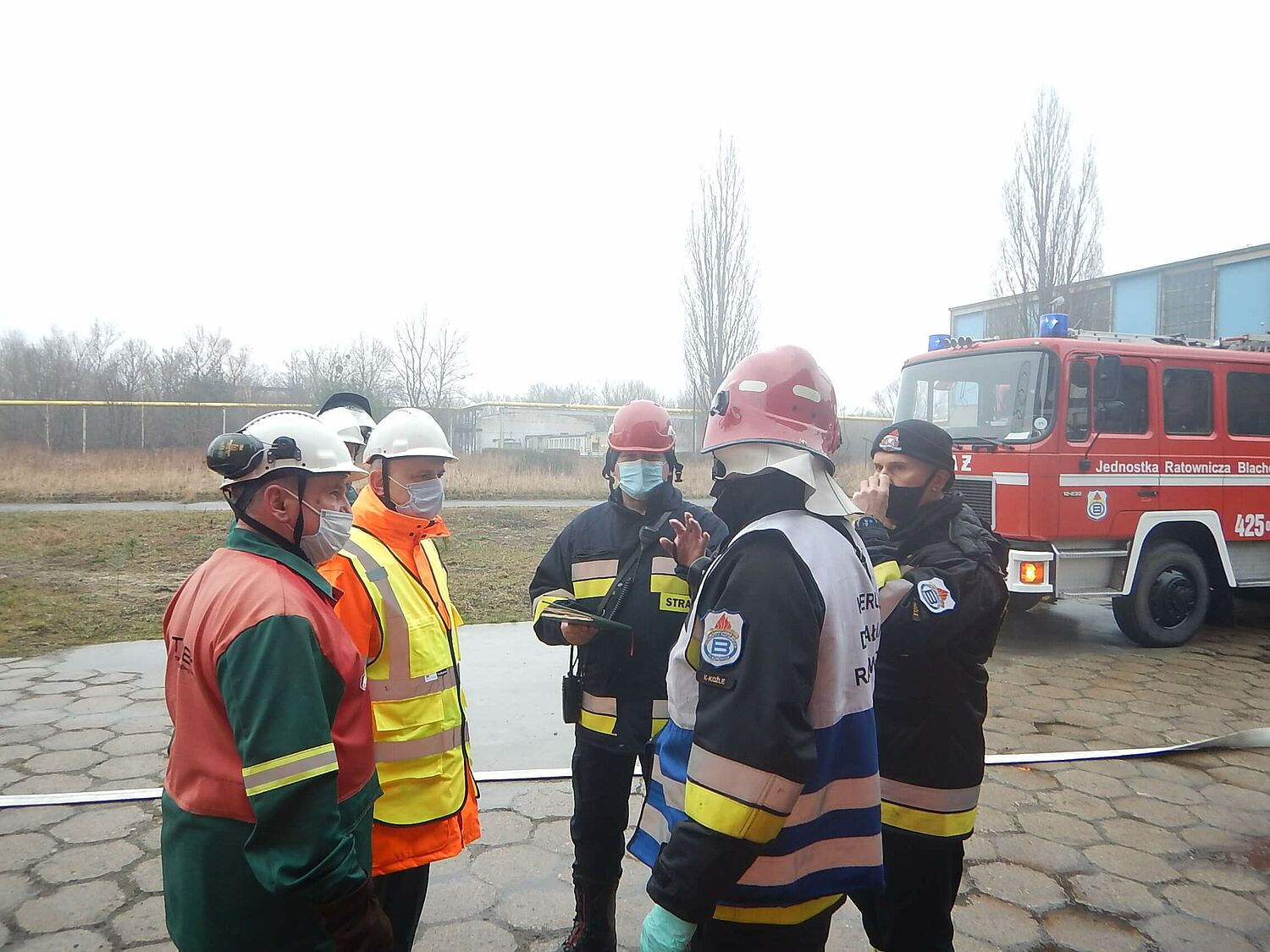 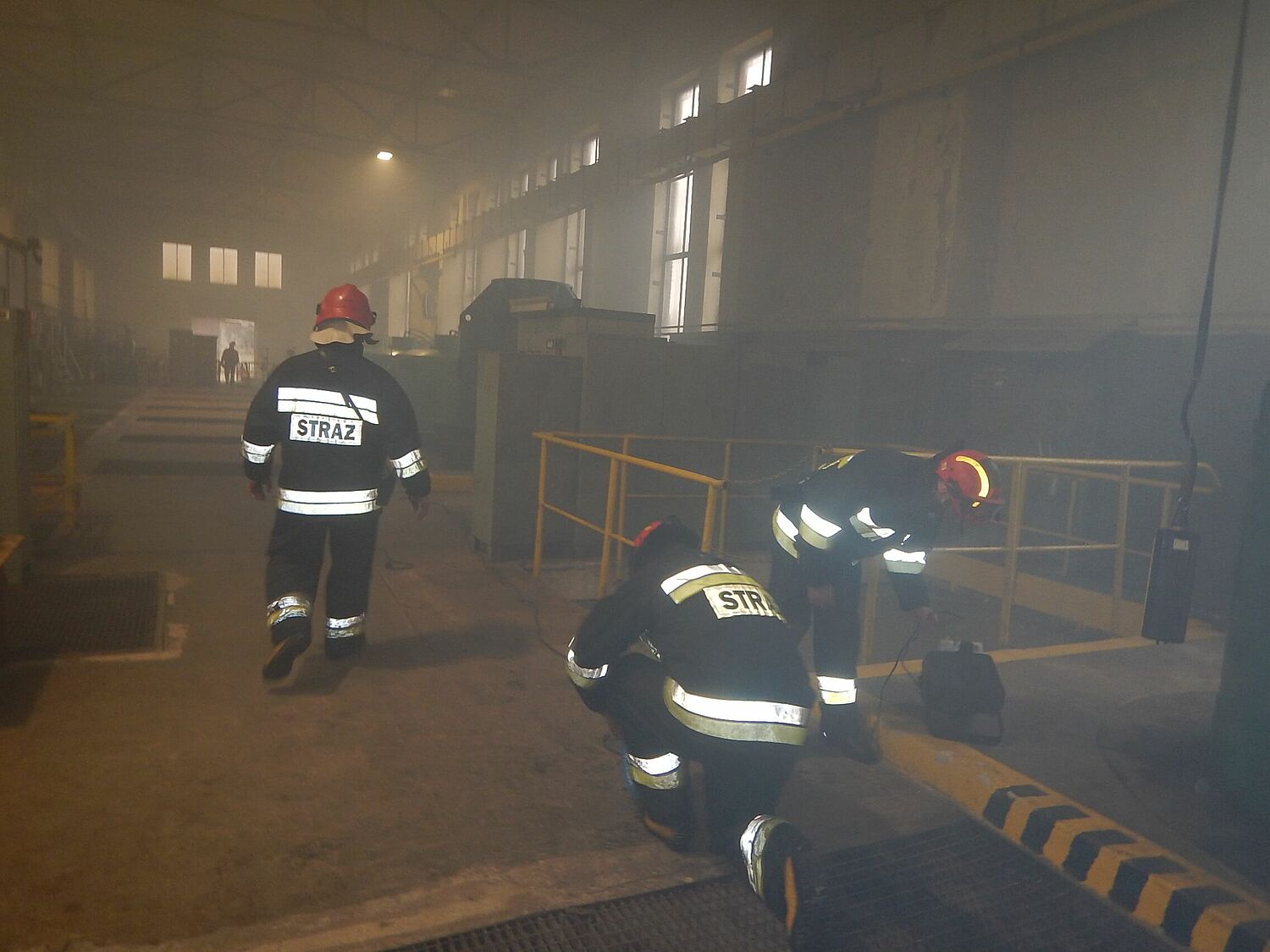 On March 17, 2021 at 8:45 a fire simulation of the 6kV circulating water pump engine at the Plant's Central Pumping Station was carried out.

During the performance of his official duties, the service employee noticed incorrect operation of the bearing lubrication pump - Circulation Water Pumps No. 7. He noticed smoke coming out of the upper bearing. Immediately initiated the emergency stop switch shutting down the pump. Inadequate lubrication led to a significant overload of the motor, which caused a short circuit in the stator of the motor and its fire. An employee sounded the alarm and reported the situation to the Shift Master of Water Demineralization. Then he started to close the valves on the suction and discharge side.

The Shift Master who arrived at the scene, inspecting the scene, stated that the pump's engine was on fire and there was no service worker at the scene. The Shift Master notified the Duty Traffic Engineer and Water Management Manager about the event, informing about the failure and the lack of contact with the service employee.
In accordance with the applicable procedures, the operator of the electrical control room and the Master of Electrical Traffic were notified of the failure. After recognizing the threat, DIR issued orders to protect the Pump No. 7 on the electrical side and notified the ZJRG Blachownia Control Station by phone, informing about the engine fire and the lack of contact with the employee. Fire-fighting vehicles were directed to the accident site. The Plant Security Service and the Plant Director were notified about the incident.
DIR ordered the industrial security brigade to secure the access to the place of the fire. The commander of the ZJRG, who arrived at the scene, gave an order to take action consisting in the identification of the scene of the incident, carrying out a search for the employee and administration of foam extinguishing currents. As a result of the actions taken, the employee's place of stay was located, he was evacuated, and first aid was started. An engine extinguishing action was also taken. After the extinguishing activities were completed, the inspection of the place of the accident and the smoke exhaust of the facility was started. DIR made a decision to return the employees to their official duties. Normal operation of the plant was restored.

After completing the exercises, the conservators of the fire protection equipment, ZJRG Blachownia carried out a free fire extinguisher inspection campaign for the Company's employees, reminding them of the obligation to inspect handheld firefighting equipment that is part of passenger car equipment.

These are the next exercises to improve the cooperation of ZJRG Blachownia and employees of the Blachownia Manufacturing Plant in Kędzierzyn Koźle in working against the effects of accidents in industrial facilities and the possibility of practically checking the implemented sanitary procedures related to the coronavirus. 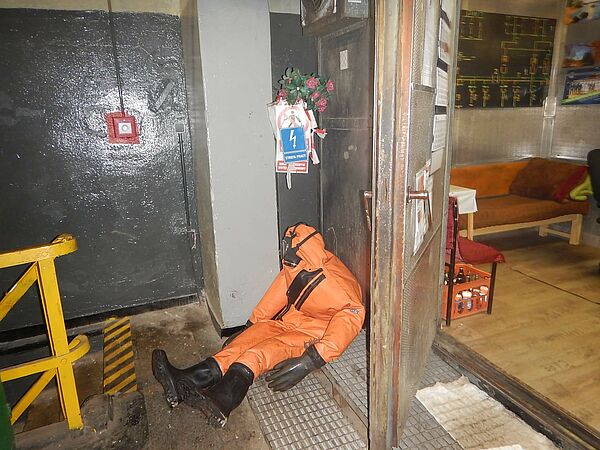 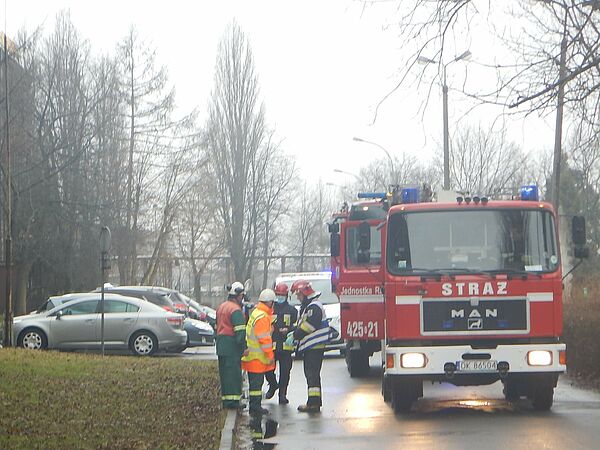 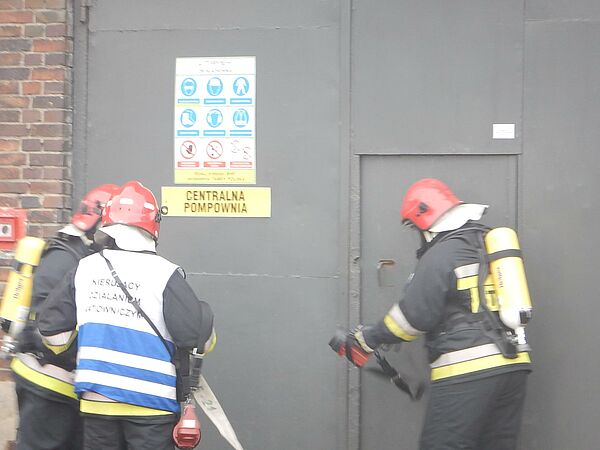 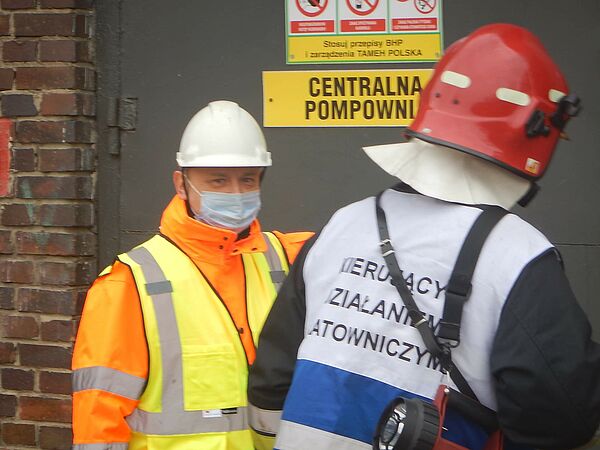 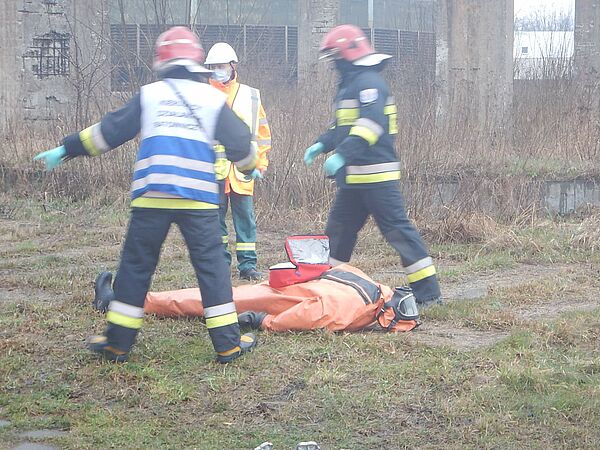 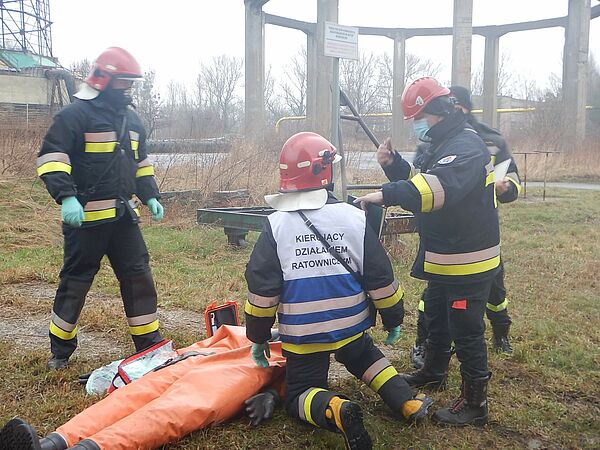 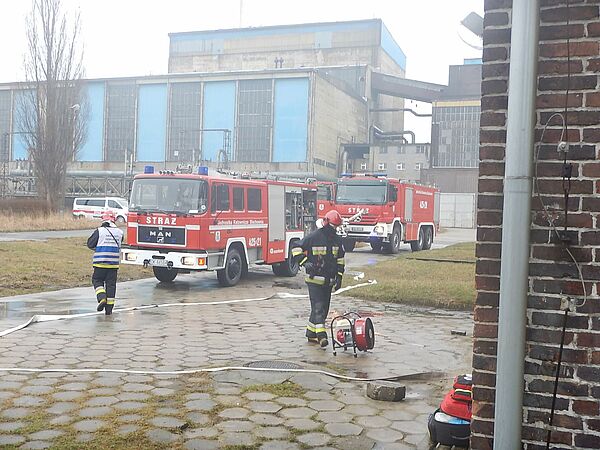 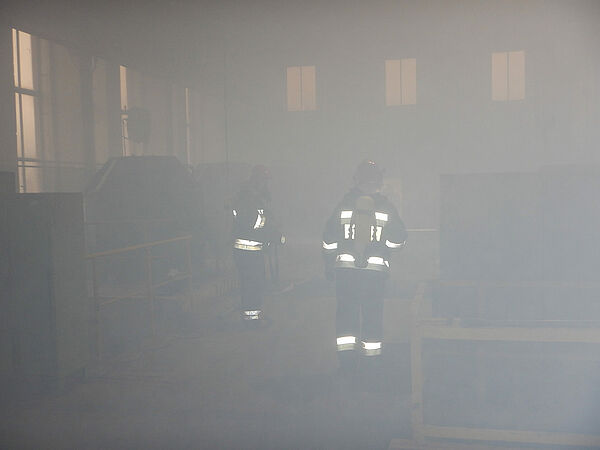 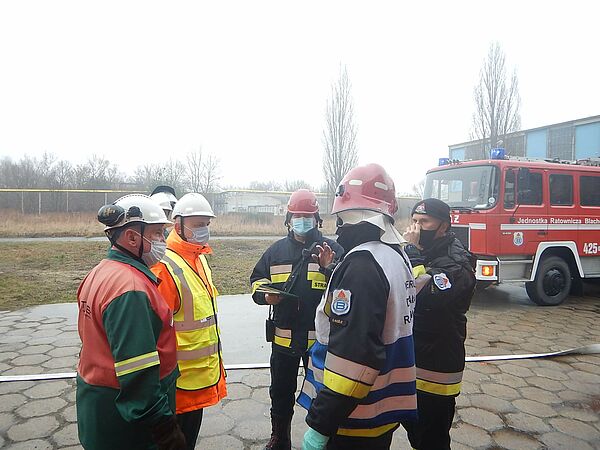 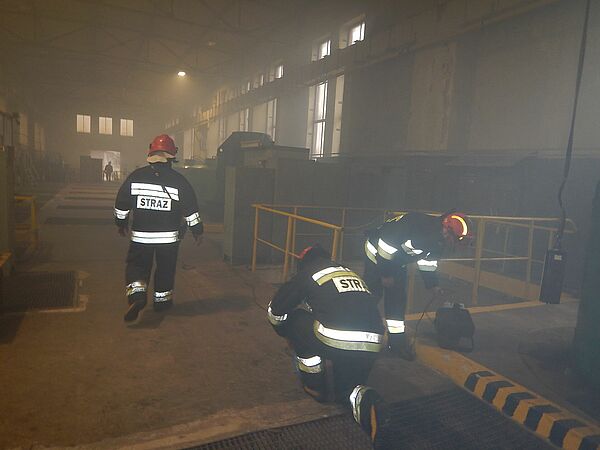