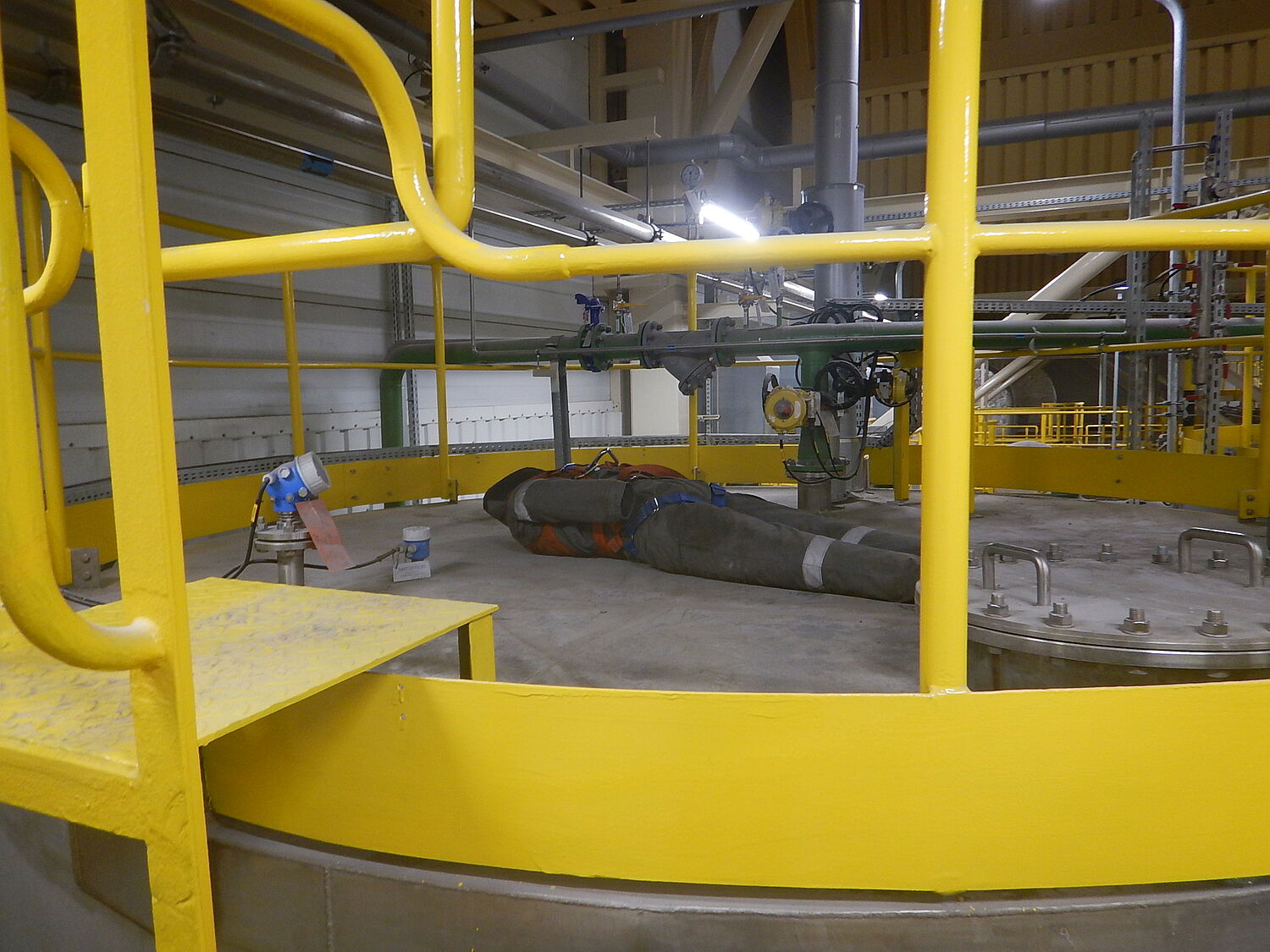 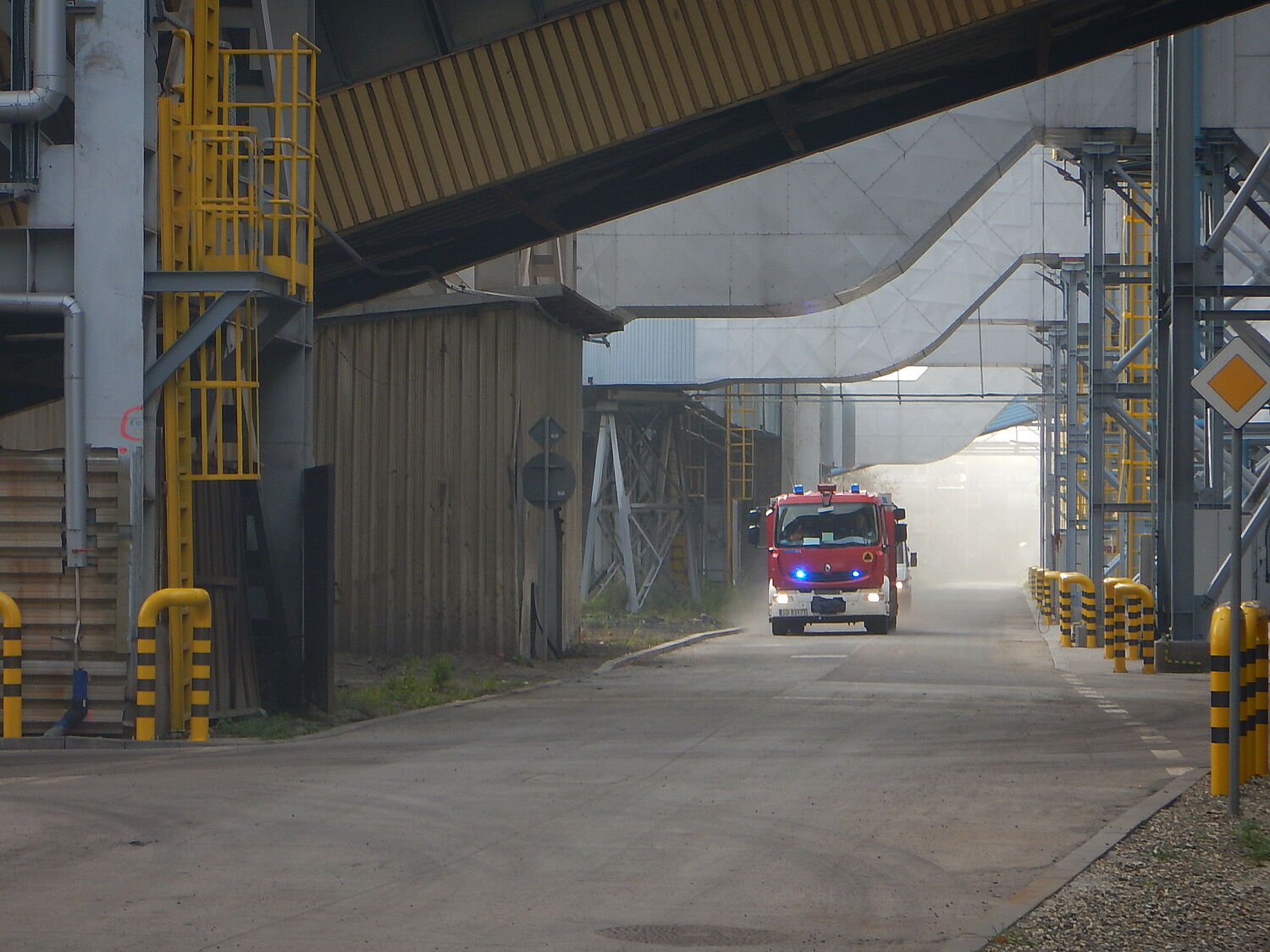 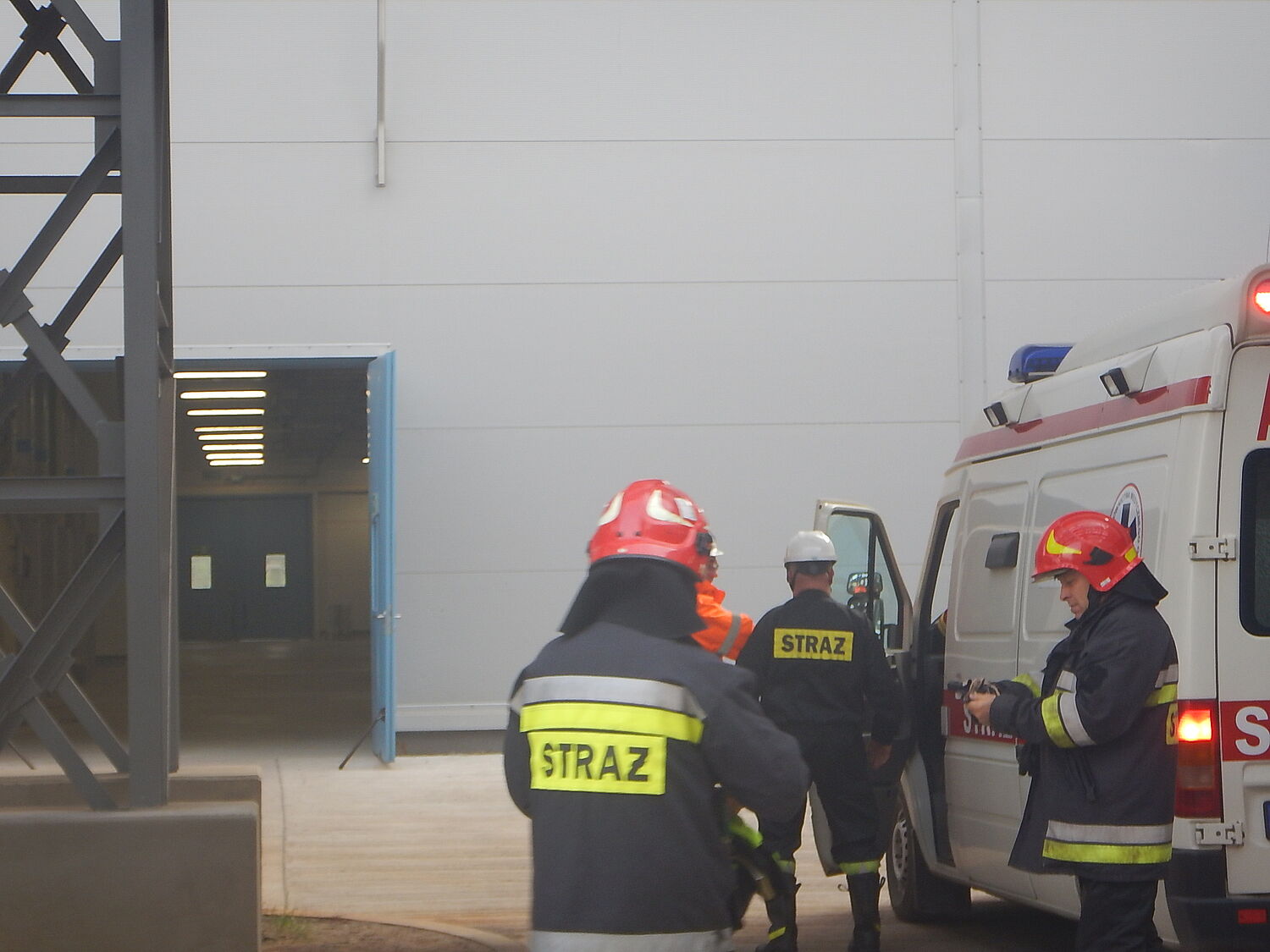 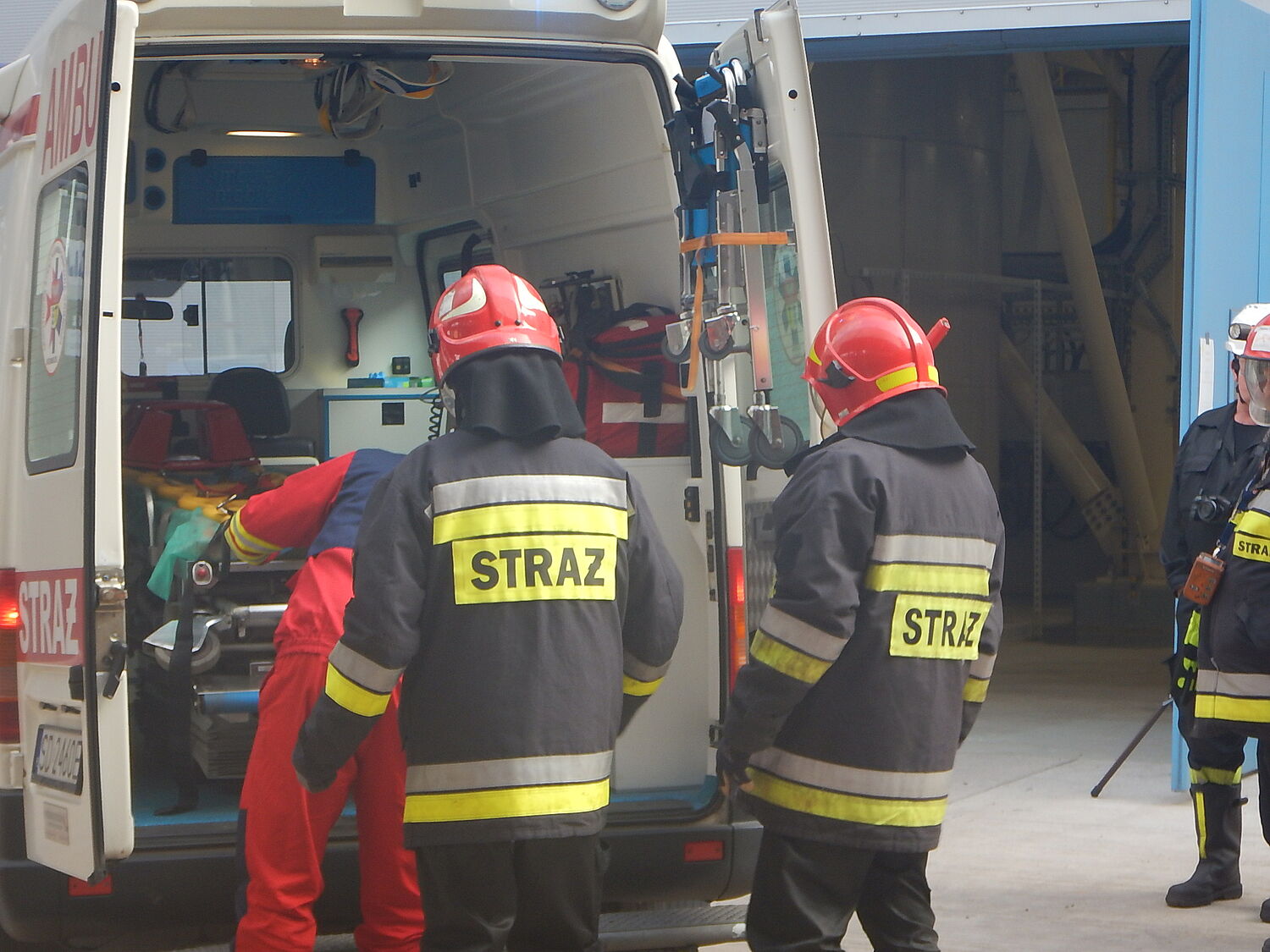 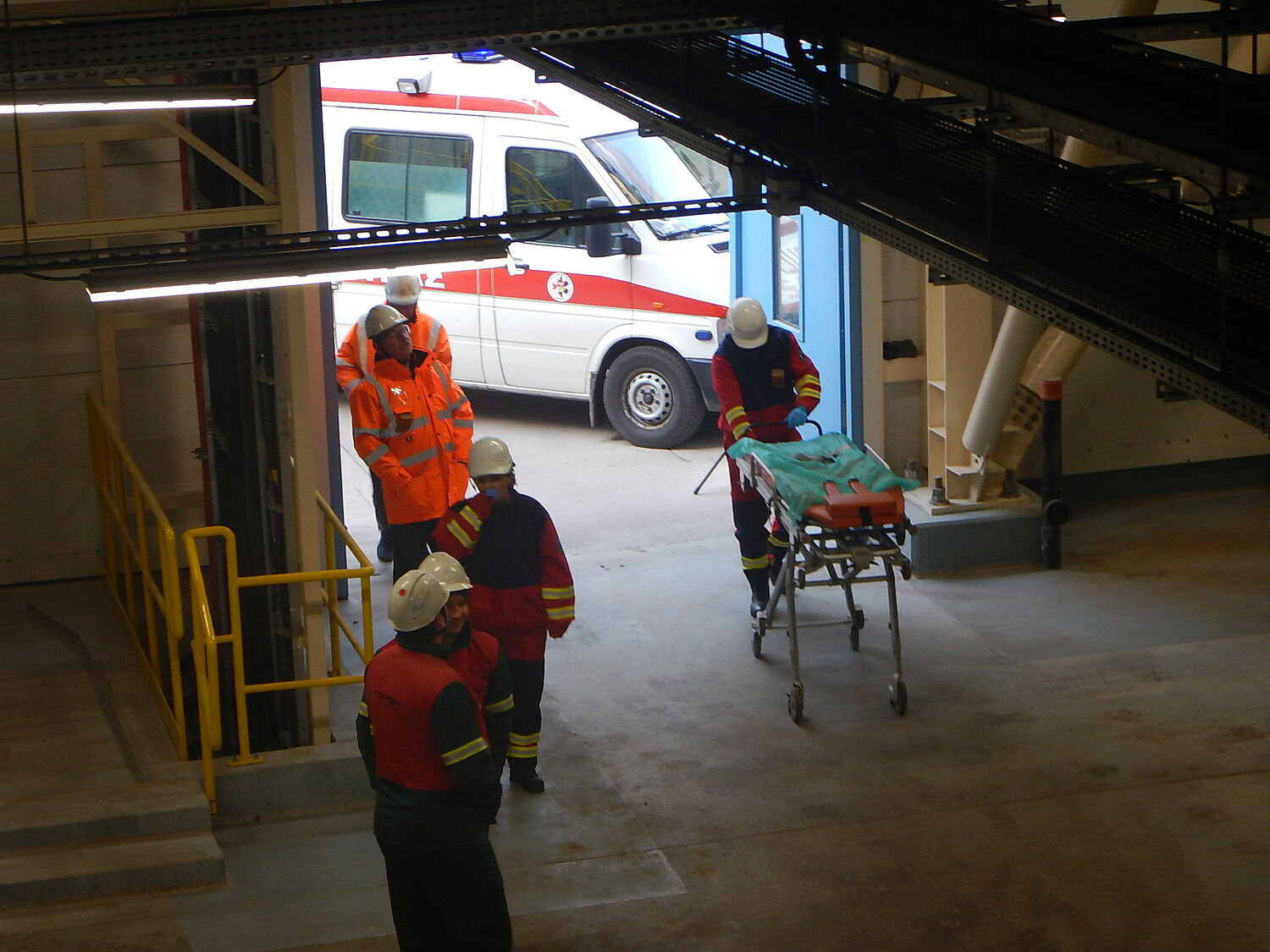 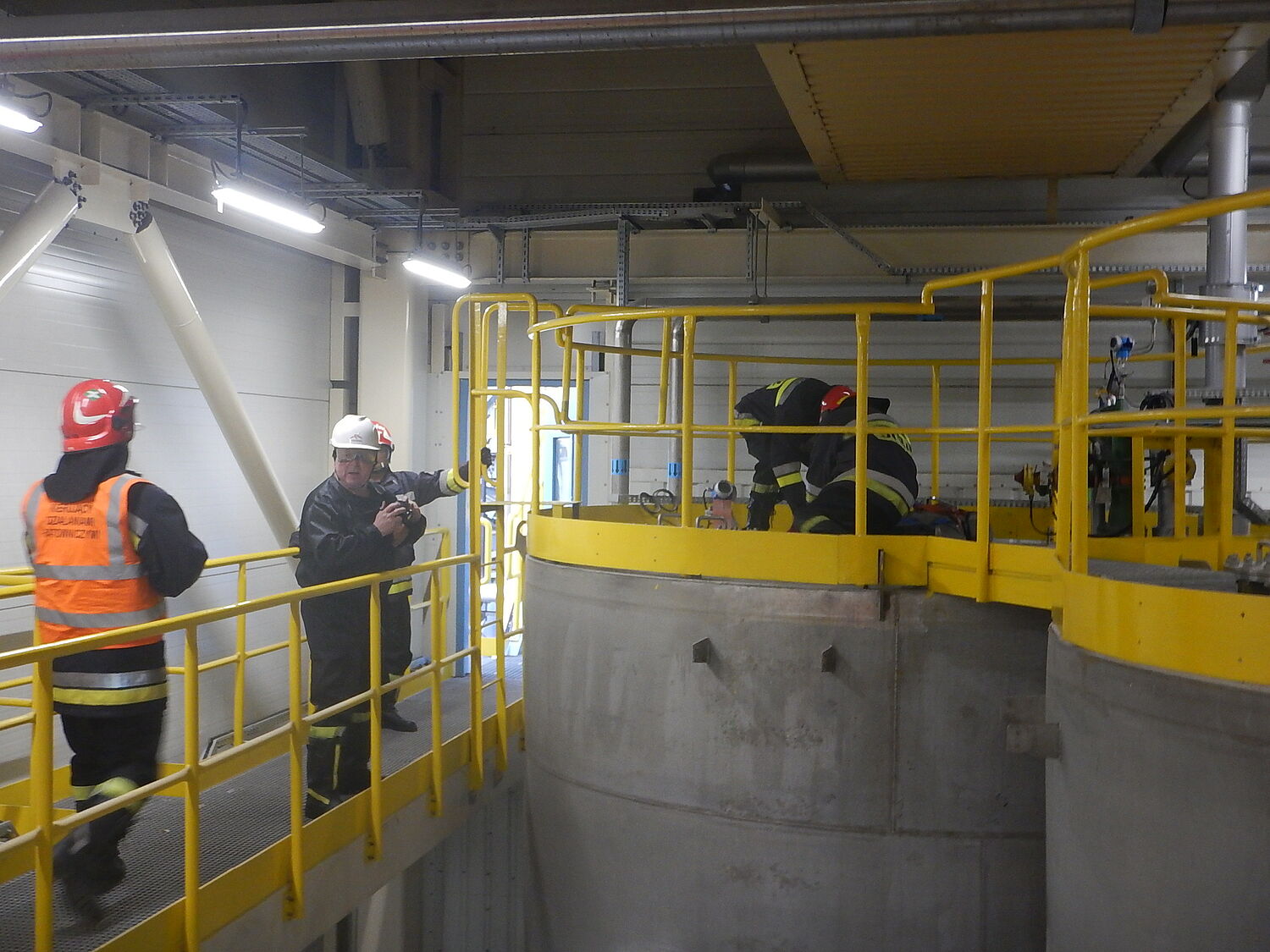 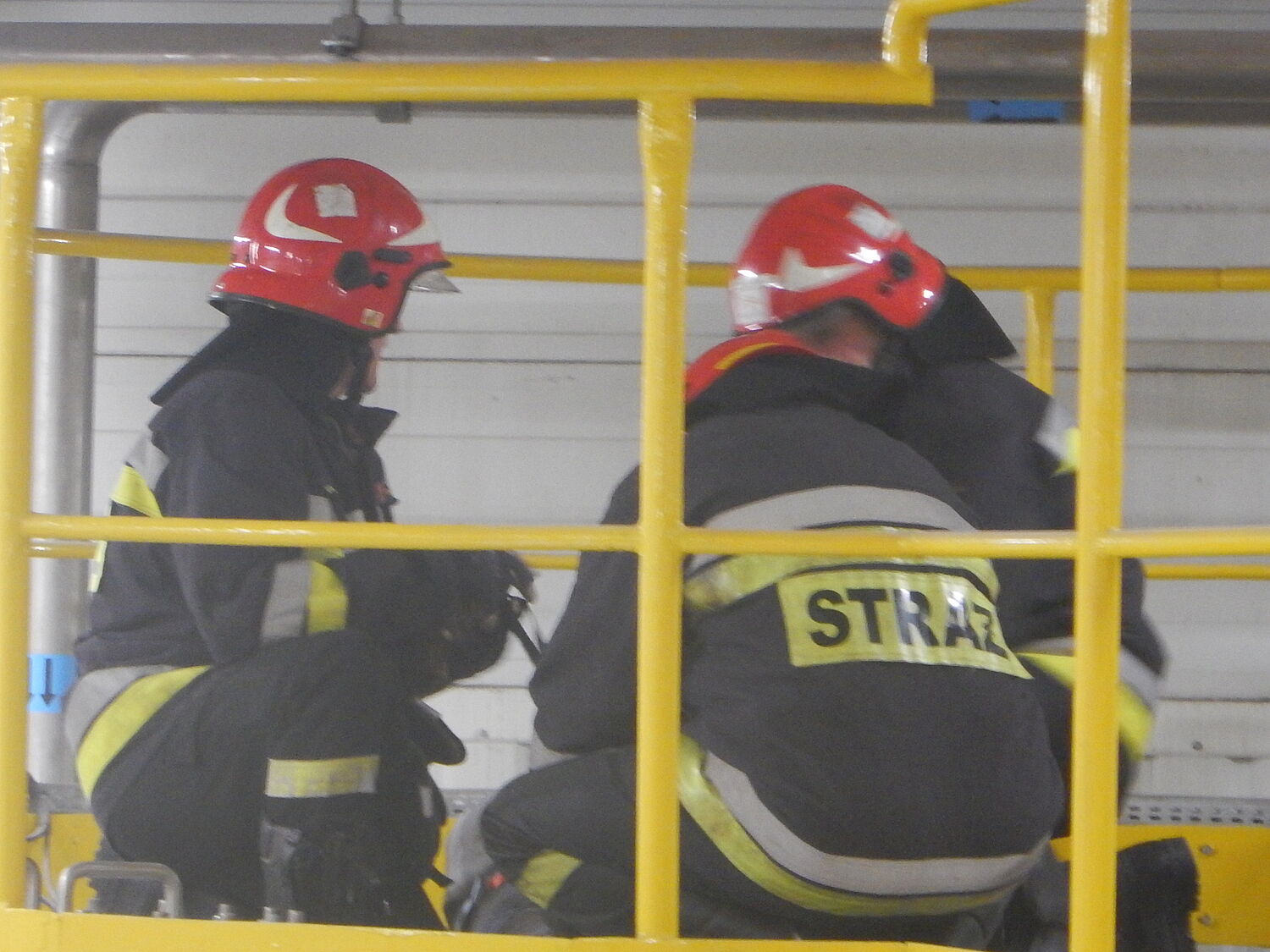 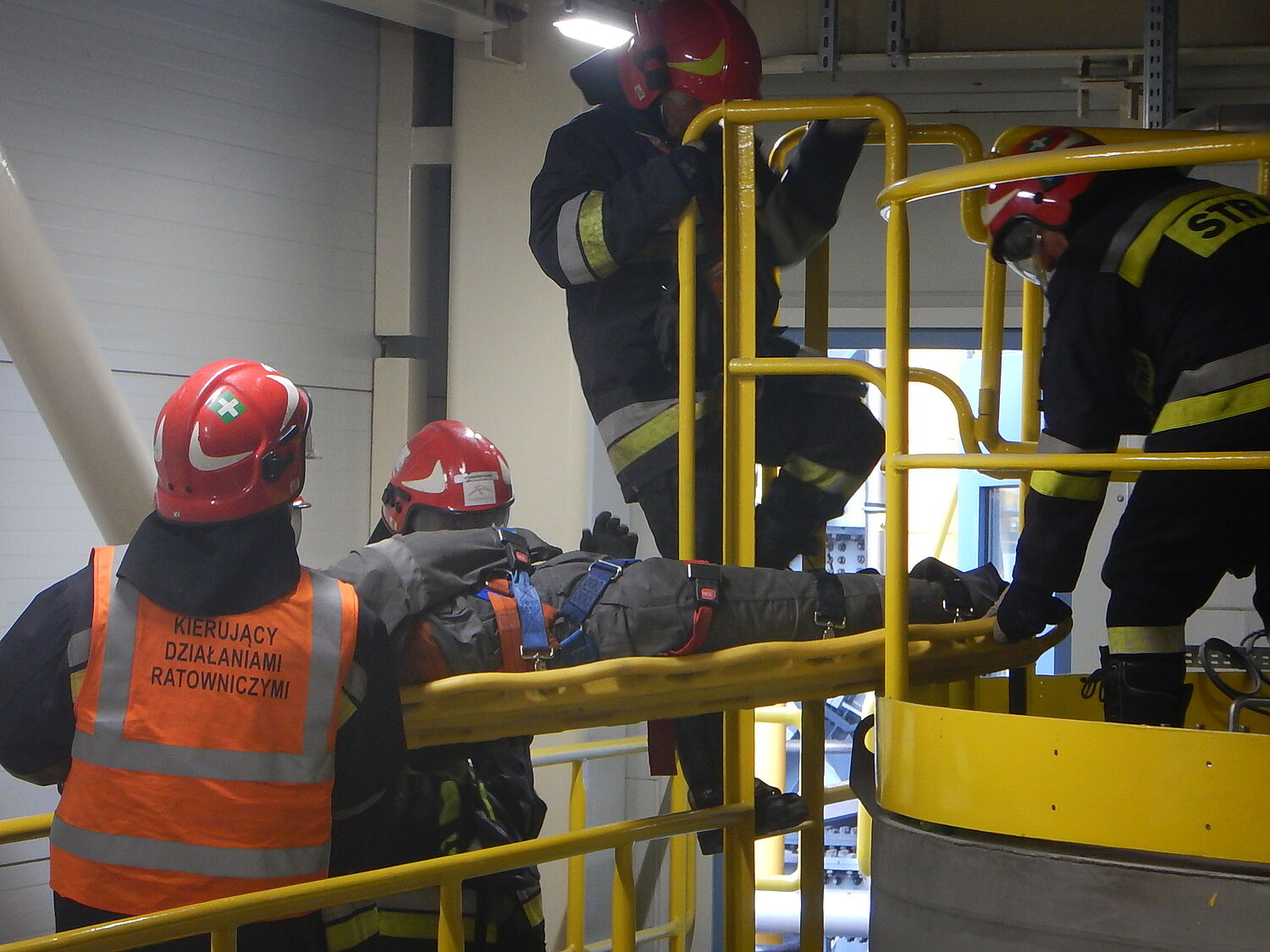 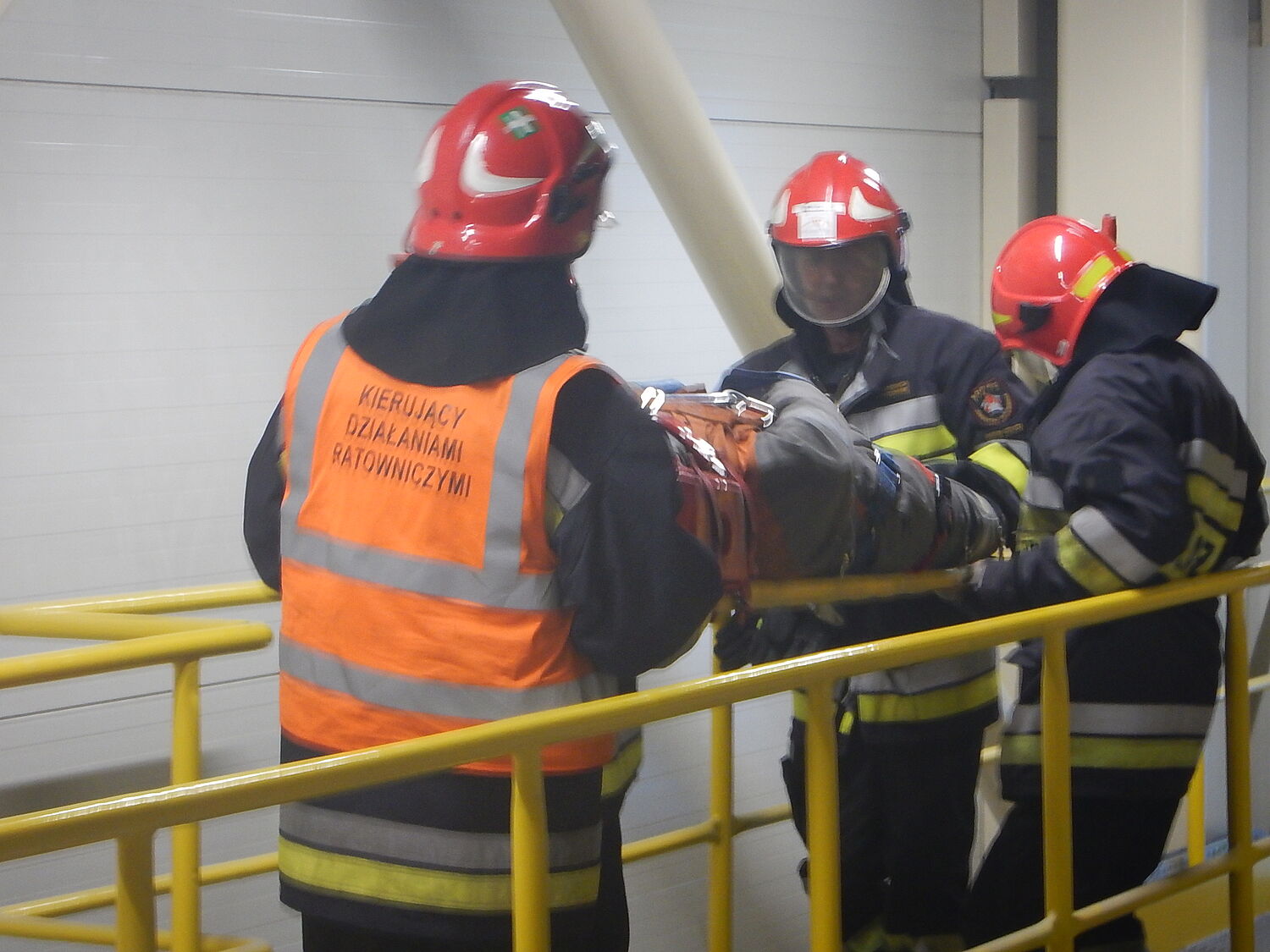 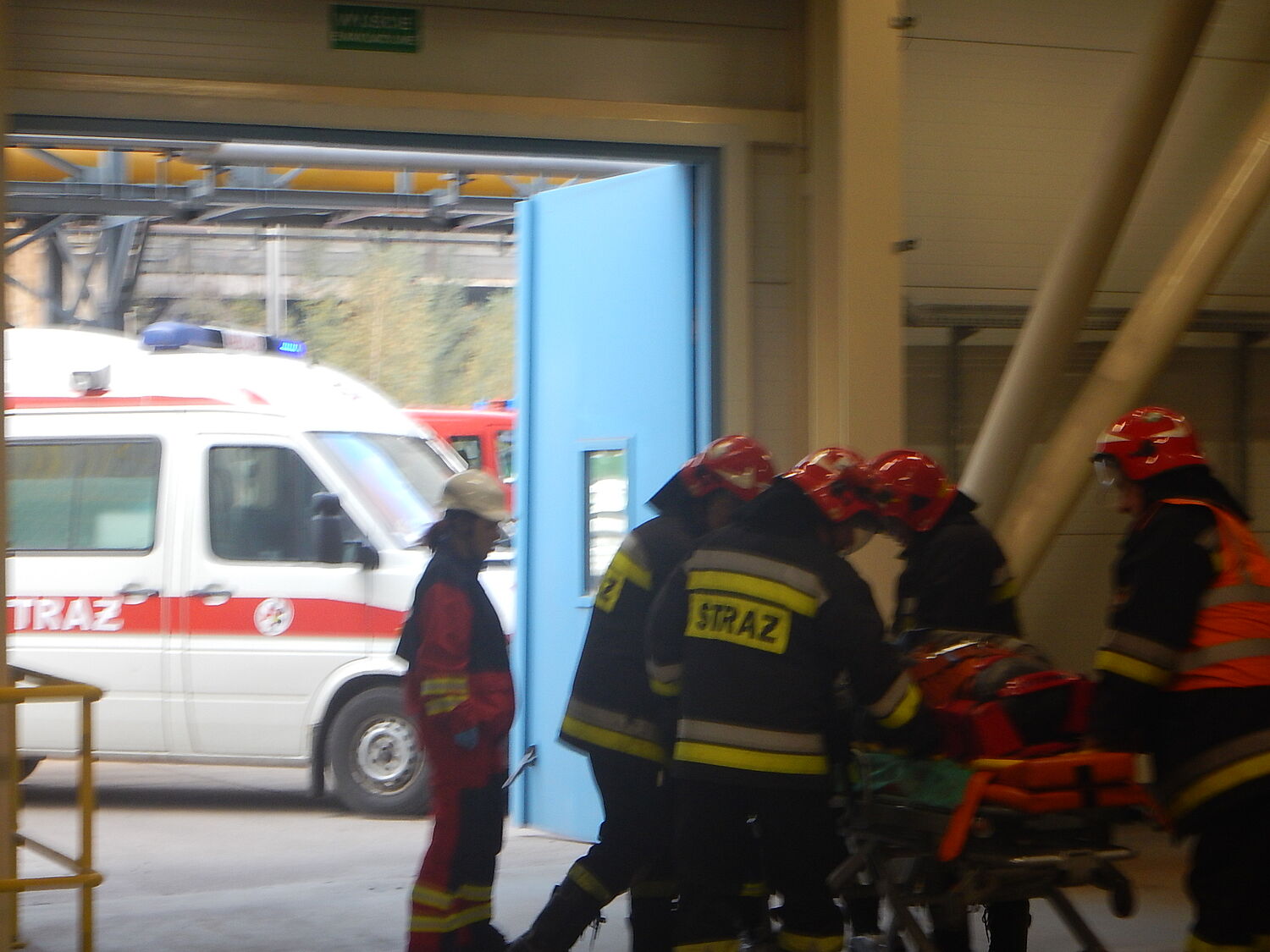 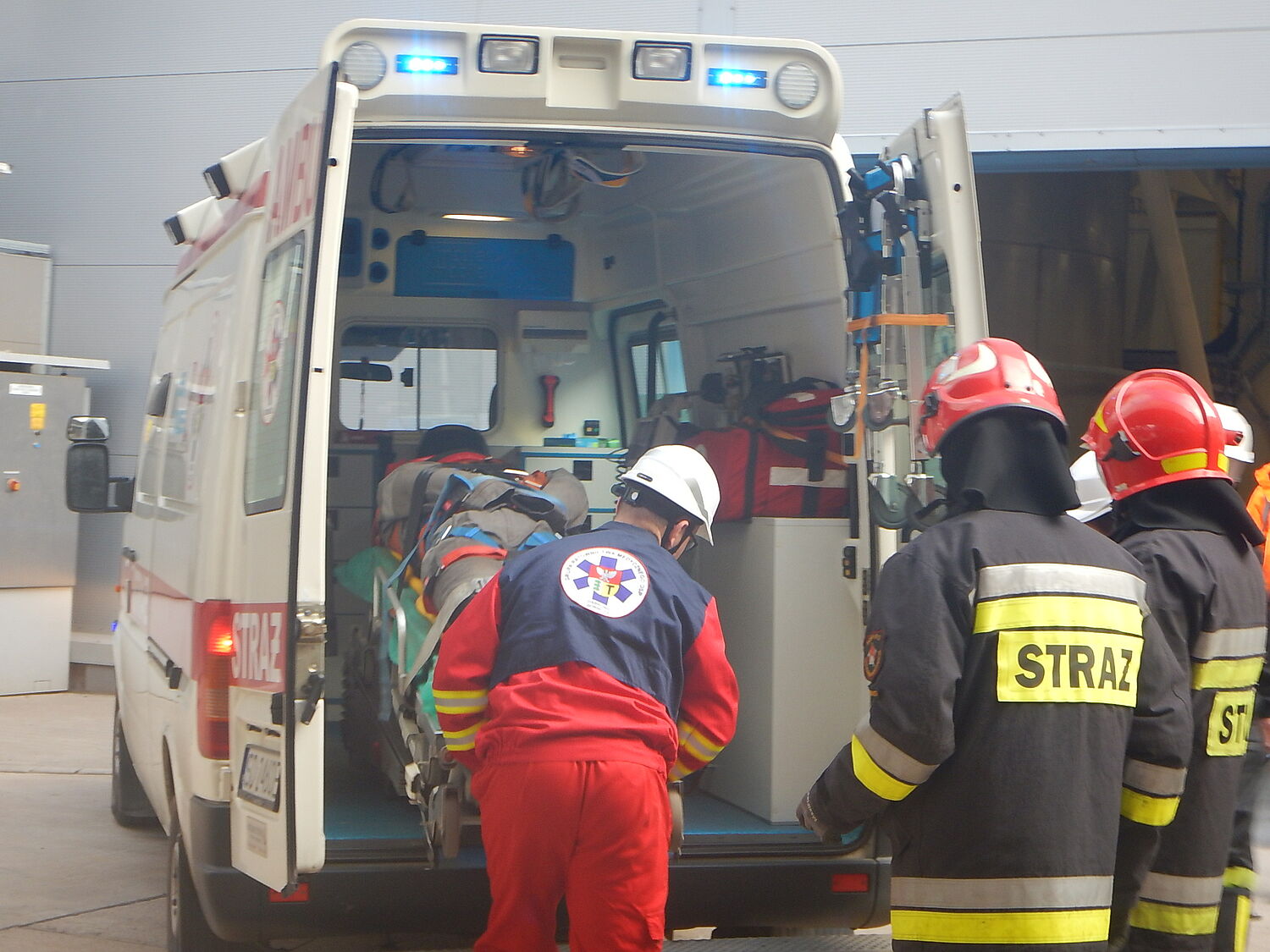 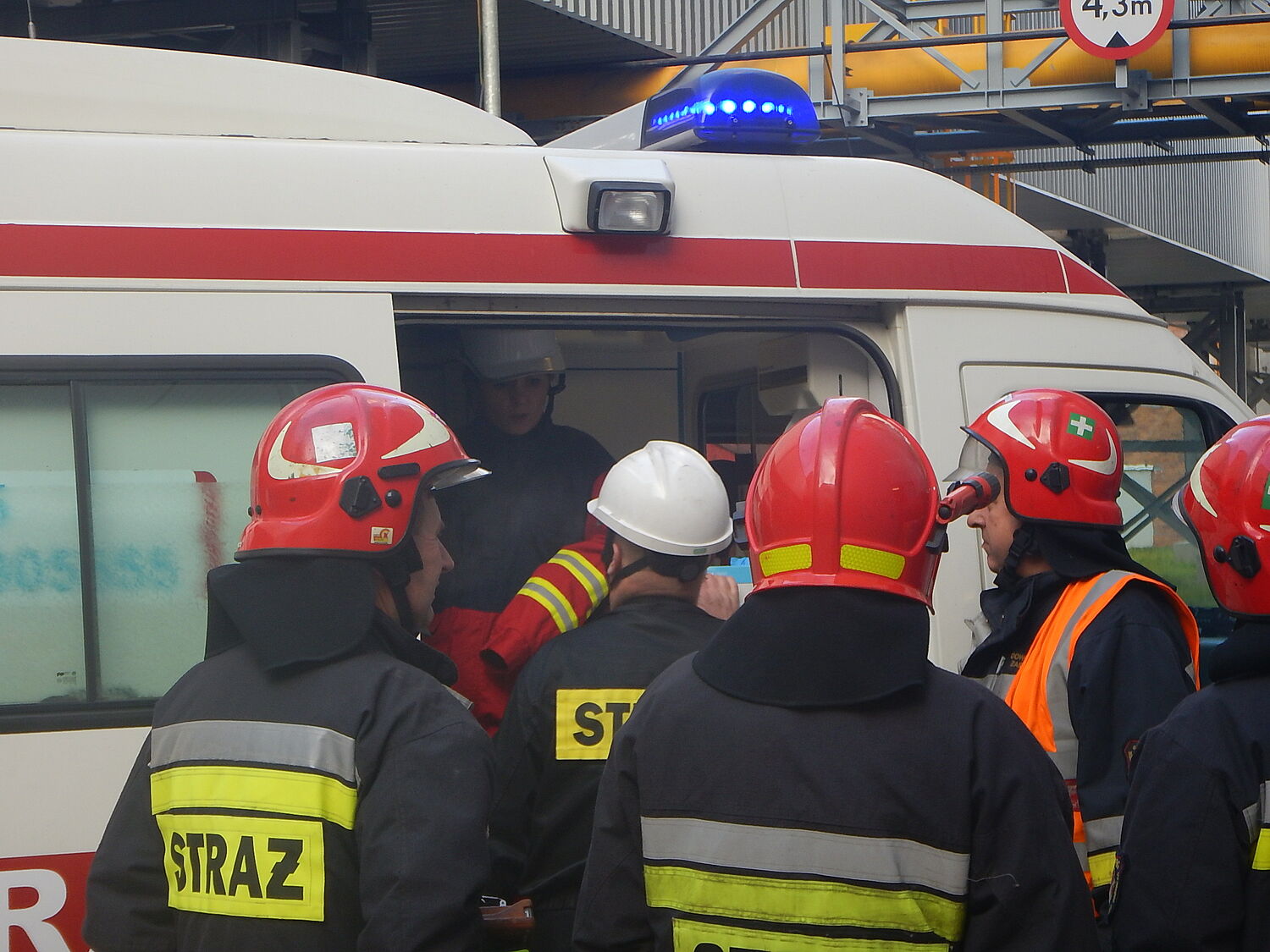 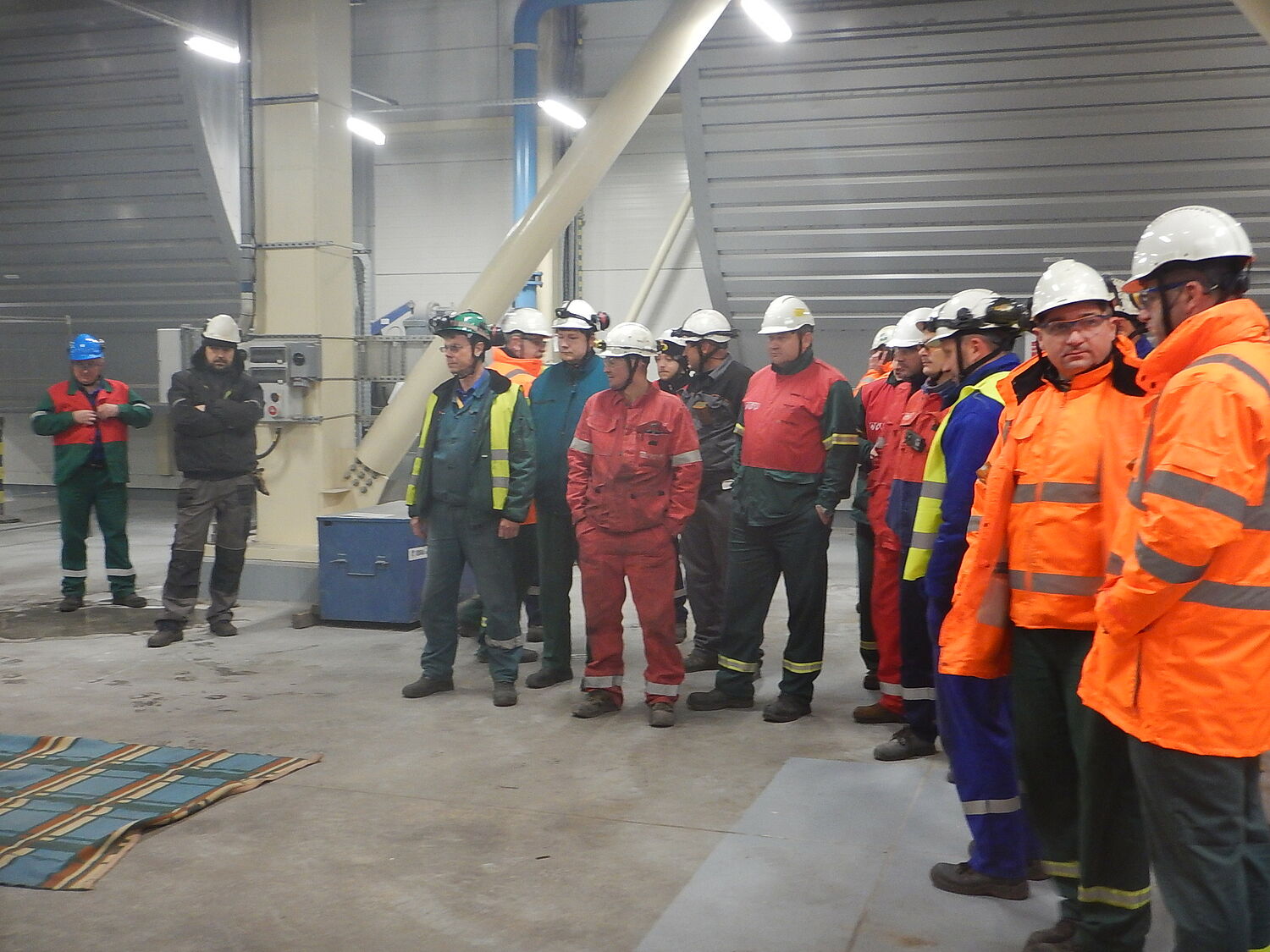 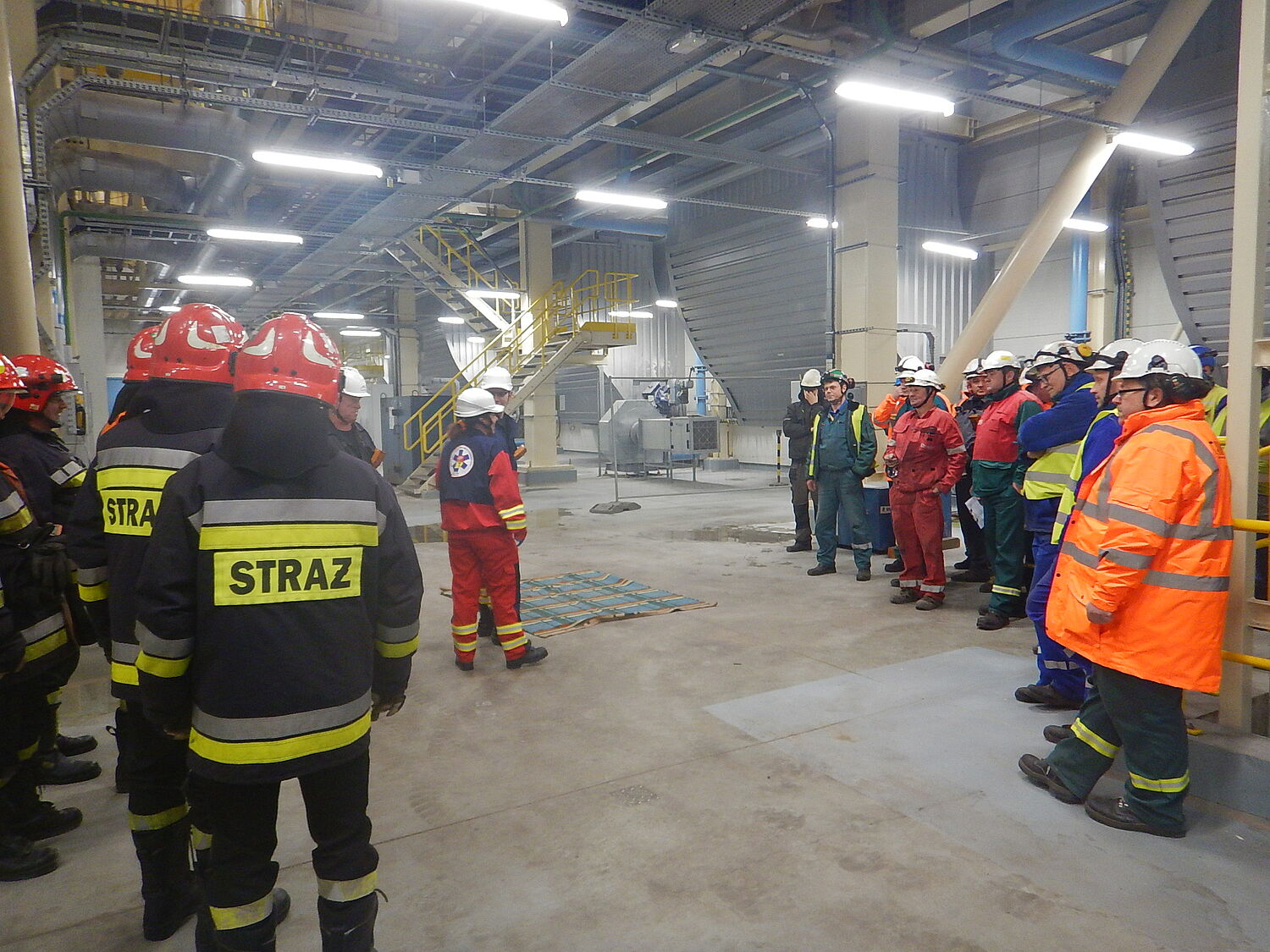 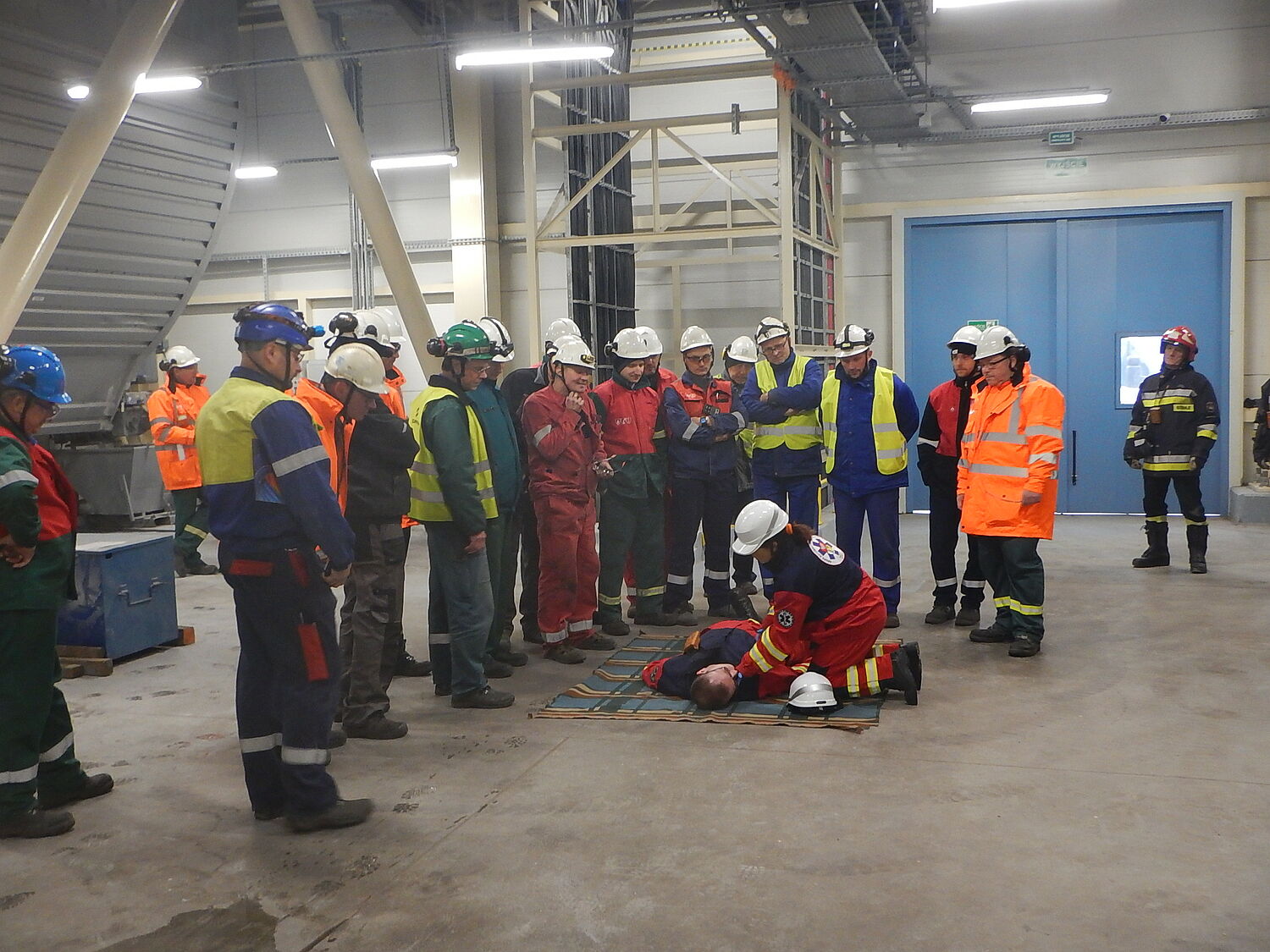 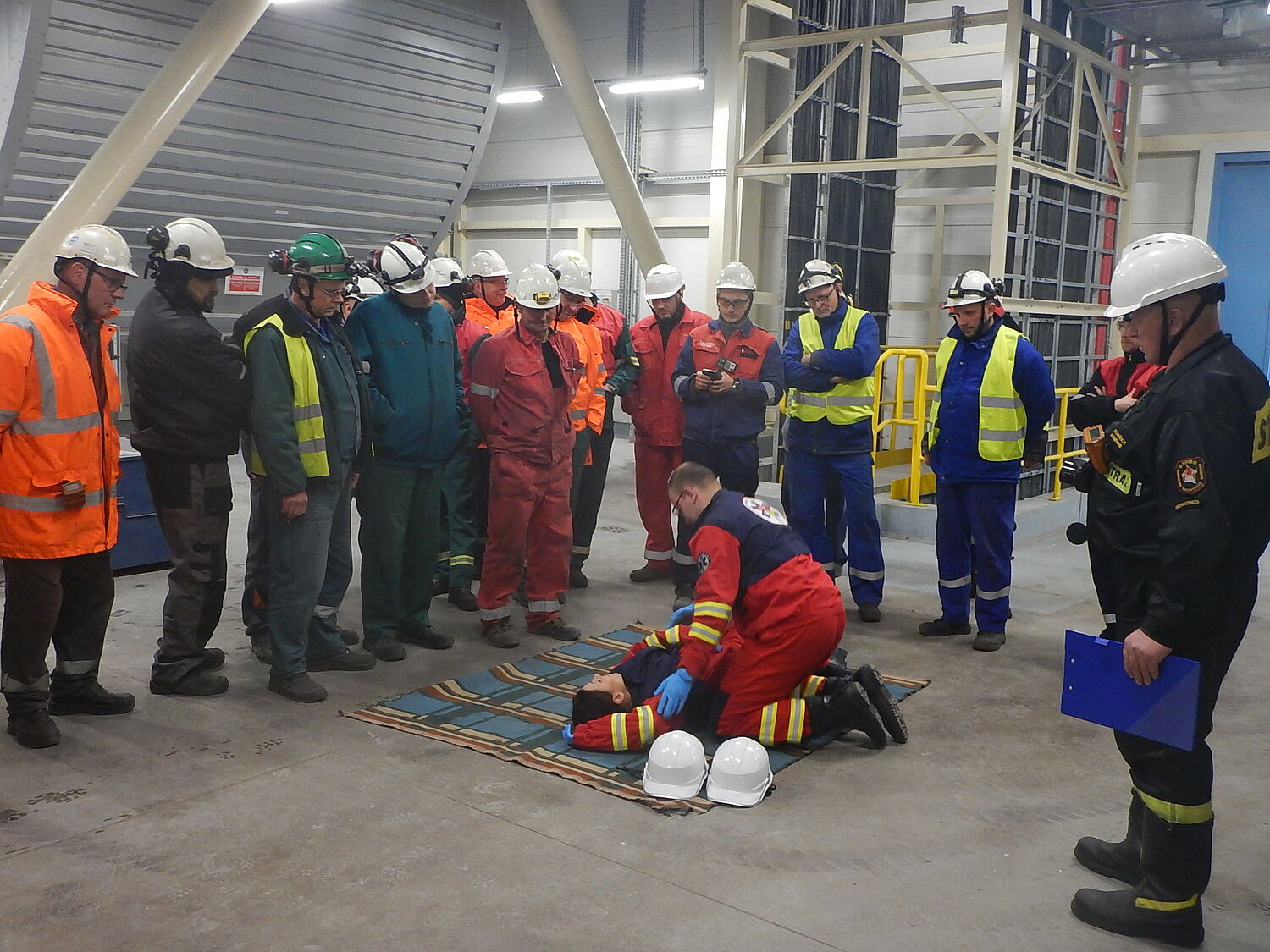 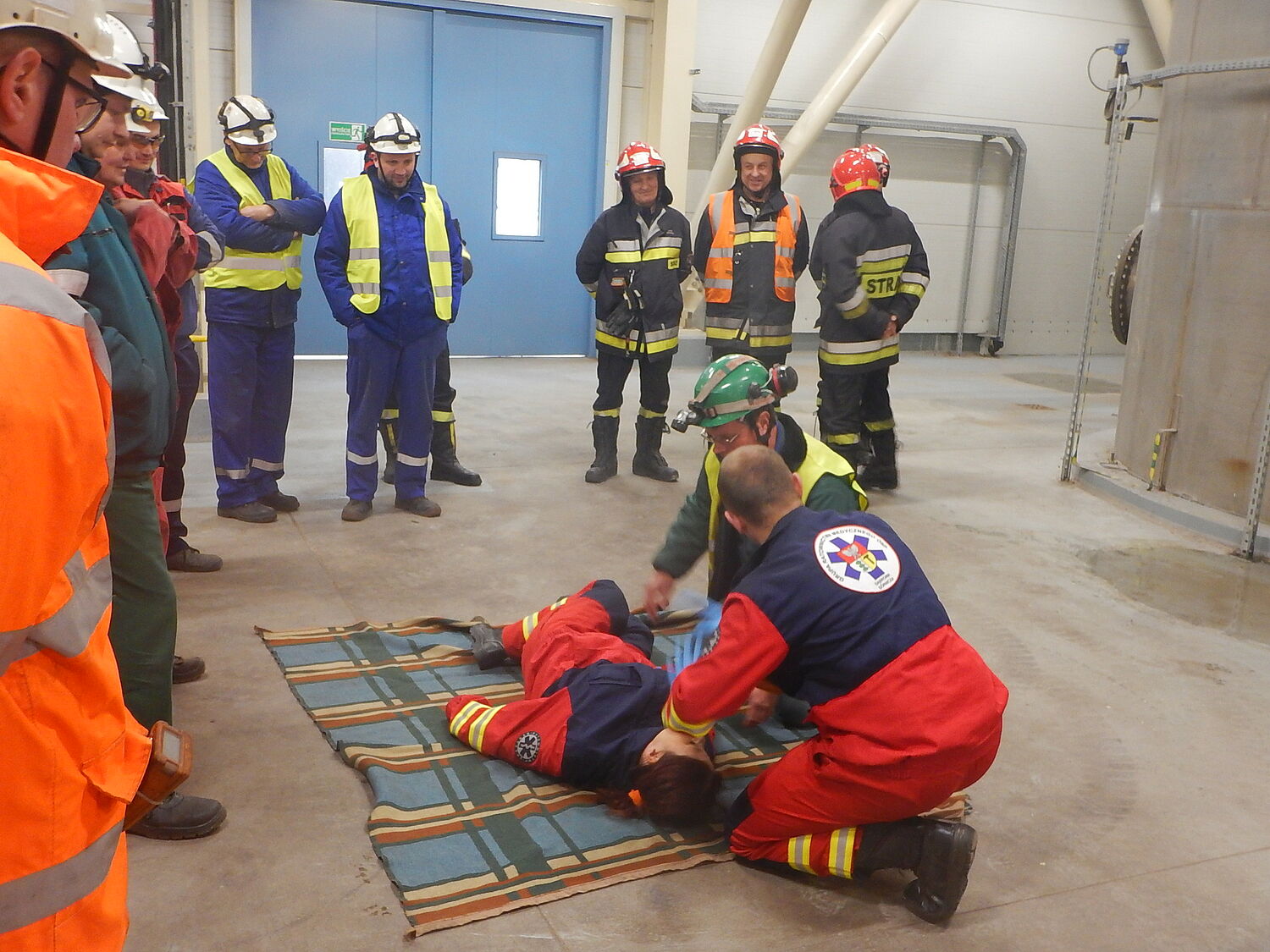 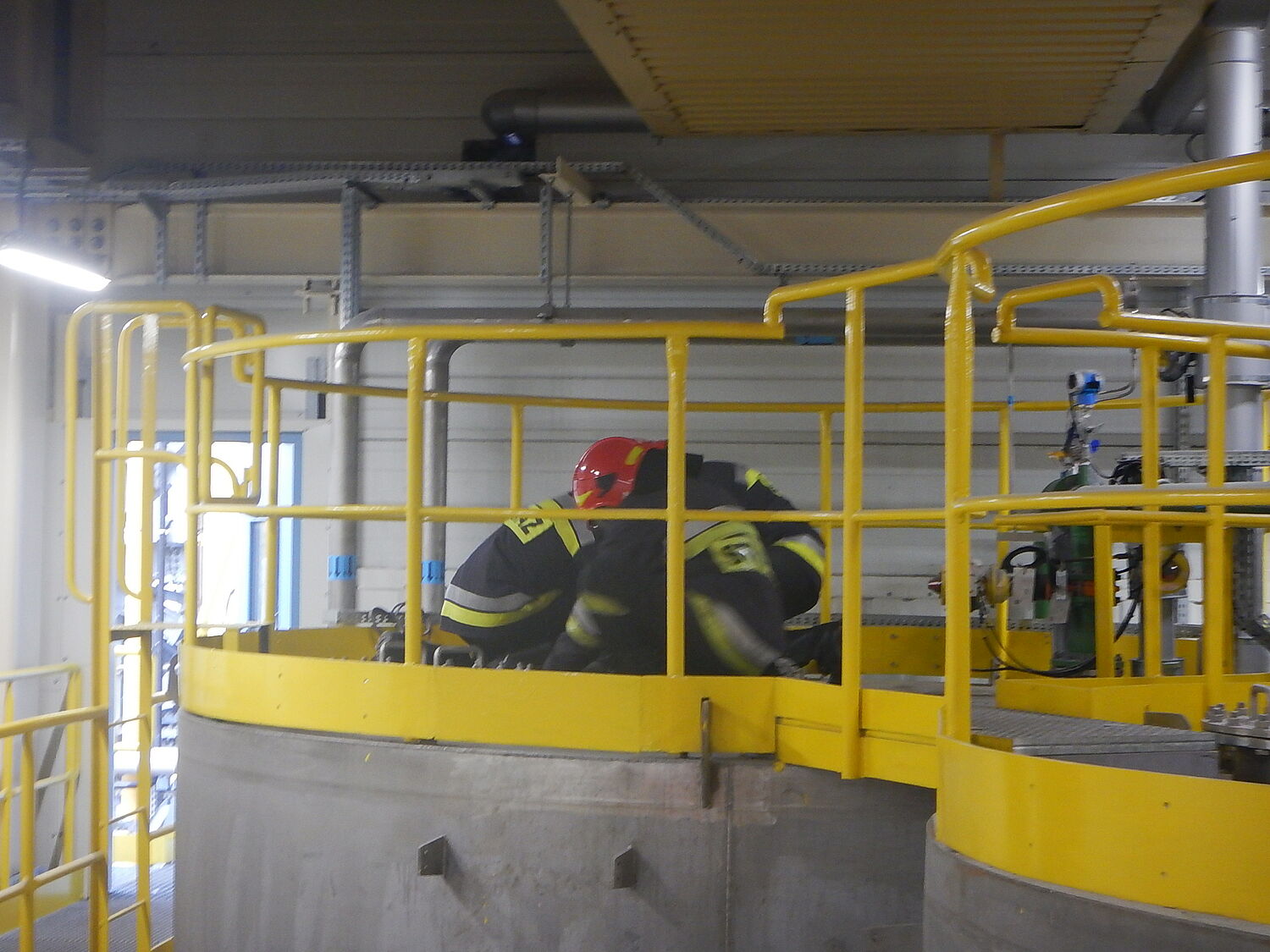 On 30/10/2019 at 9:00 a.m., a simulation of evacuation of an injured employee from the process water tank of the Flue Gas Desulphurization System - NID Building, was carried out. During repair works on the process water tanks, an employee of the company performing the works sustained a simulated accident. The employee lost consciousness and suffered head injury due to a fall. The company’s employees informed the Head of the Boiler Operation Unit, and Fire Fighting and Gas Rescue Service Emergency Centre about the incident. The Head of the Boiler Operation Unit, who arrived at the accident scene, ordered to cease all repair works in the area of the process water tank and instructed one of the employees to head to the 'contact' point and direct incoming rescue squad to the accident scene. The fire-fighting and rescue squad, along with the ambulance personnel who arrived at the accident scene, proceeded to provide the injured with medical assistance and evacuate him to a safe area. After evacuation from the accident scene, the rescue squad left the injured person under the custody of the ambulance team. After first aid was provided at the accident scene, the injured was transported to the hospital.

These were another emergency drills aimed at improving the cooperation between the employees of Nowa Generation Plant in Dąbrowa Górnicza and AMP Fire Fighting & Gas Rescue Service.

During the drills, the procedures related to reaction to accidents at works, evacuation from confined spaces, and work at heights were checked. Emergency drills are also an opportunity to familiarise the AMP Fire Fighting & Gas Rescue Service with the newly built industrial facility and risks occurring therein, as well as to train employees on how to provide first aid.